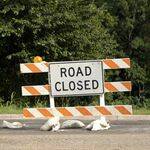 JOHNSON COUNTY — Indiana Department of Transportation contractor Pacific Painting Company plans to close lanes starting next week on U.S. 31 at the bridge over Youngs Creek in Franklin. A $164,000 project will overlay the deck of the bridge, located just south of Jefferson Street and State Road 144.

Additionally, traffic from Hospital Road will be restricted to right-turns only on to southbound U.S. 31. There will be no access to northbound U.S. 31 for the duration of the project.

In mid-June (tentatively Sunday, June 12), lane closures will move to the outside lanes of U.S. 31, allowing crews to complete work on the inside lanes.

The contract was awarded in April and is expected to be complete by the end of June, weather permitting.