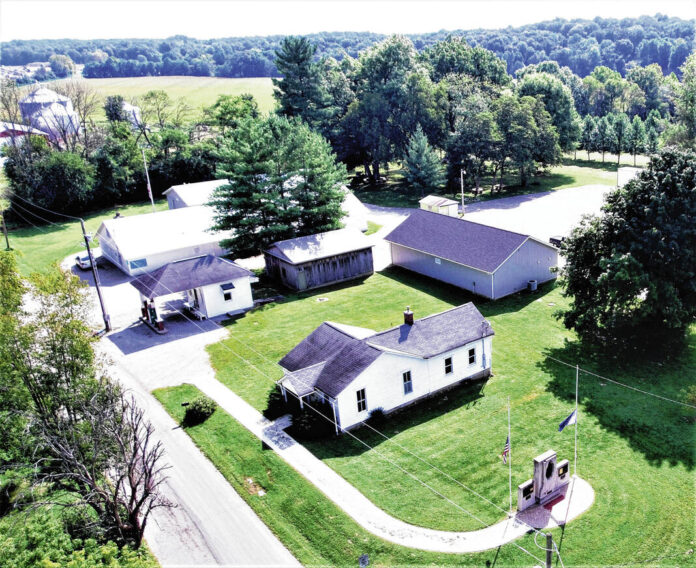 The Hayden Historical Museum’s summer hours will be in effect until after Labor Day. The museum will be open on Sundays from 1 to 4 p.m. and on Wednesdays 4 to 8 pm.

Civic groups, clubs, Sunday school classes and other organizations and families are welcome to arrange tours of the Hayden Museum facilities. A room is available for groups that would like to hold a meeting as part of the visit.

The museum’s exhibit area has several different displays to highlight Hayden and Spencer Township’s heritage. Some of these include the Gallery of Agricultural Leaders section, a pre-1900 bedroom, a 1939 kitchen and a 1965 living room.

There is also a mid-1950s school classroom, a salute to the veterans from the community, a display to honor the eight pro baseball players from Hayden, and a section of the museum is devoted to former Indiana governor and Hayden native, Edgar D. Whitcomb.

Along with the museum exhibit for the governor, a monument was erected in the side yard of his home place, which adjoins the museum property. The dedication of this marker was held in 2014 and it highlights Mr. Whitcomb’s life and career as a veteran of World War II, a politician and sailor around the world.

The museum’s largest exhibit is the old Sinclair gas station. It was first built at Hayden after U.S. Highway 50 was established in 1926. The building was moved to the museum property in 2001 and restored to look much like it did in 1947.

A separate building named “A Place Called Yesterday” is a museum for home entertainment before electricity. Several various music parlor instruments and players, along with an almost complete collection of LIFE magazines, are on display for visitors to enjoy seeing.