In all, the 13 points and nine rebounds put up by the Columbus East standout were instrumental in Indiana’s 92-89 victory at Bedford North Lawrence, its 10th in 11 meetings between top juniors from the two states.

“It’s definitely awesome beating Kentucky,” Stahl said. “You never want to lose to them. Just representing Indiana, it’s a big deal. There were some talented girls. It’s an amazing experience, and it was a fun game to play in.”

Stahl scored seven of her points late in the third quarter when Indiana built its biggest lead at 68-45. Kentucky came all the way back to cut the lead to one with about two minutes remaining before a layup by Stahl pushed the margin back to three.

Included in her late-third quarter flurry was a 3-pointer. The 6-foot-1 Stahl took only six 3-pointers and made two the entire high school season.

“I have been working on my shot a lot,” Stahl said. “I know that I can hit outside shots, it will make my game better. Hopefully, we’ll have that down by season time.”

Stahl finished 5 of 9 from the field, including 1 of 2 from 3-point range, and 2 of 4 from the free-throw line. She added one assist and one steal in 16 minutes, 39 seconds of action.

The Indiana Juniors had not met as a group prior to Sunday. They had a 30-minute practice to go over inbounds plays prior to the game and just ran a four-out, one-in offense and played man-to-man defense the entire game.

With 10 players available, Stahl was in the second five that played the last five minutes of each of the first two 10-minute quarters. Coach Bob Lapadot switched things around a little in the second half.

“I was a little nervous at first because you’re playing Kentucky’s best of the best,” Stahl said. “But once I went out there, I played my heart out. I didn’t want to get shown up playing with other talented girls.”

Stahl, who led the Olympians with 17.9 points and 9.5 rebounds this winter, dislocated the pinky finger on her left hand in a sectional semifinal win against Bloomington North. She played and was effective in a sectional final loss to East Central, but said the finger still gives her some discomfort.

“I don’t exactly think it healed all the way,” Stahl said. “If I hit it wrong, it hurts really badly, so we’re going to get it looked at again so we have to see if it’s broken. It’s getting there. I still can’t bend it straight, but it’s all right.”

This spring and summer, Stahl has been playing travel basketball with the Nike Lady Gym Rats. The team won its most recent tournament in Virginia and heads to events in Iowa and Chicago in July.

The month of June is for high school teams to meet together and practice and play games against other schools.

“I’m excited to see what we have,” Stahl said. “We haven’t played with this group yet, so we’re still trying to figure out what we have. But I think once we get the hang of it, we’ll be pretty good.”

The South Group of six Junior All-Stars that included Stahl joined the Core Group of six for Sunday’s game. A North Group will join the Core Six for a game against the senior Indiana All-Stars Wednesday at Mt. Vernon (Fortville). The Indiana and Kentucky seniors will meet Friday in Owensboro, Kentucky, and Saturday at Southport Fieldhouse.

Stahl was happy with her Junior All-Star experience and is hoping to be chosen as a senior All-Star next year.

“It was a great time,” Stahl said. “It was an experience to remember, and beating Kentucky made it even better. All the girls are super nice, and it was great to represent Indiana. I definitely enjoyed it, and hopefully next year, I’ll be able to do it again.” 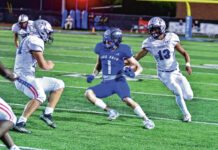 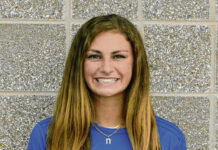 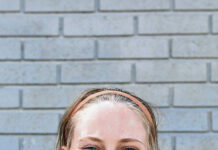