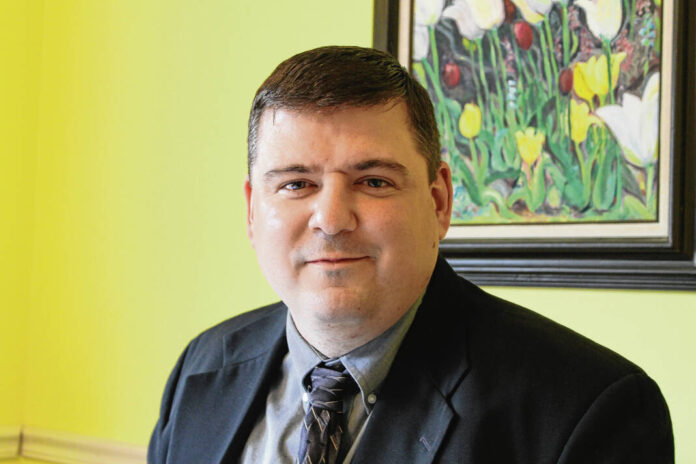 Alan Birkemeier, who teaches social studies at Central Middle School, is one of 30 teachers from across the country who have been chosen to attend the “Revolutionary Ideals” summer institute, organized by National History Day (NHD) and the Rhode Island Historical Society, with funding from Tom Lauer.

The retreat will be held in Providence, Rhode Island from July 10-17 and will feature “site-specific learning” coordinated by the historical society.

“The selected teachers will work over the course of six months to learn about and research the context of the ideals behind the American Revolution and Early Republic,” the organization said. “After the institute, teachers will work in pairs to create lesson plans relating to the founding ideals of the revolutionary era.”

The program began in February with online coursework and will culminate with teachers submitting their lesson plans for an upcoming NHD publication.

According to Birkemeier, the online class has included reading primary sources related to the origin of the United States’ founding principles through the perspective of Rhode Island.

“Rhode Island’s a small state,” he said. “But in actuality, Rhode Island had a very big impact on a lot of things like separation of church and state and the concept of ‘What is freedom?’”

He added that while the colony was “fiercely” independent and protective of its liberties, it also was heavily involved with the slave trade.

During the summer institute in Providence, Birkemeier and his fellow teachers will tour historical sites and look at original documents. He noted that they’ll be able to use these experiences to better show students what it was like to live in the time period and teach them about the beliefs and ideals of the era.

It’s one thing to read about Roger Williams and Anne Hutchinson, he said, it’s another to visit the places where they actually were.

“When you have those kinds of experiences, it’s much easier for you to be able to make that experience real for the students and to hammer home that these were real people with real values,” said Birkemeier. “… They believed this stuff with their heart and soul. They were willing to die for it.”

As part of the Revolutionary Ideals program, Birkemeier and another teacher are creating a lesson plan about “tea parties” held in other areas besides Boston, with a focus on the Philadelphia Tea Party. They’ll continue to develop this resource during the retreat, and Birkemeier estimates it’ll be complete by August.

The lesson plans created by participating teachers will be published by National History Day and the Rhode Island Historical Society “for any teacher to use”, said Birkemeier.

The Revolutionary Ideals summer institute is just one piece of NHD’s “A More Perfect Union” initiative. The organization is collaborating with various partners to commemorate the country’s semiquincentennial.

“As we approach the 250th anniversary of the Declaration of Independence in 2026, we know that teachers and their students, as well as our many cultural institution partners are reflecting upon the ideals of the founders of America,” said NHD Executive Director Cathy Gorn. “These were great thinkers, yet it was a political, legal, and philosophical system that overlooked and excluded many. We are looking to recover the histories of all who contributed to this requisite period in American history.”