MEMO to all those former high schoolers who thought that reading Shakespeare was as confusing as a Rubik’s Cube and as dry as day-old toast: The celebrated scribe can groove.

And these days, the Bard’s got a beat ranging from ragtime to rhythm and blues, from show tunes to soul — all thanks to Kwame Kwei-Armah and Shaina Taub, who created a catchy and energetic musical adaptation of “Twelfth Night” in 2016.

And that musical addition, including a live band on stage, builds funky bridges to a new, clearer understanding of the Elizabethan English that has fogged many a mind. So say Mill Race Theatre Company members involved in the local troupe’s summer production of that classic story of mistaken identity.

The romantic comedy, shortened considerably to 90 minutes from its original two-and-a-half-hour script with nearly an hour of the show being contemporary music, will be presented at 7:30 p.m. Friday and Saturday, and at 2:30 p.m. Sunday at Judson Erne Auditorium, 1400 25th St. in Columbus. Director John Johnson, something of a longtime local apologist for Shakespeare amid wary readers, believes people unaccustomed to the writer’s ways might see this show and nearly wonder if they have mistaken the powerhouse playwright for someone else.

“I’ll say it clearly and plainly,” Johnson said. “Many people have hated Shakespeare. They remember having to read ‘Romeo and Juliet’ in school. And when they have read it, they have asked things like ‘This is supposed to be romantic?’

“… But once you go see really great Shakespeare being performed and not just read, it all of a sudden becomes very alive.”

In the production unfolding on the exotic island of Illyria, Duke Orsino (Daniel Kane) sends a male-disguised Viola (Emily Nolting), whom he thinks is a young man named Cesario, to woo Olivia on his behalf. In the process, Orsino falls in love with Cesario. When the character ultimately is revealed as a woman in the last scene, it makes no difference to the duke whether she is a man or a woman.

In fact, therein lies much of the show’s message, one that cast members agree seems so very current and needed for today’s often quarrelsome times. A closing epilogue song, “Eyes of Another,” performed by the cast, spotlights the theme of people “walking in another’s shoes, and the world will be a better place,” as Johnson put it.

The lyrics in part include:

I just assumed, but I assumed things that ain’t true

But I feel where you’re coming from

‘Cause now I’ve been there too

And I see through the eyes of another.

“It’s so very applicable to today — that idea of being really empathetic,” Nolting said.

She also has strong feelings about the ability for the average citizen to understand Shakespeare and this production. Her two children, ages 7 and 8, have been with her learning the script and music at home. And they understand the show inside and out.

“Bless their hearts, they’ve been immersed in this,” Nolting said.

Same goes for husband Albert Nolting, also part of the production with the stage band.

Besides the musical addition, one other special aspect of the presentation that has earned applause has been the lyrical content seeming very Shakespearean. That includes writer Taub’s clever line, “Oh, disguise — you are the devil’s blessing.”

“The writers have been very cognizant of Shakespeare’s syntax,” Johnson said. “Though that’s not a Shakespearean line, it certainly sounds like one.”

Budd has found the dialogue easier than she ever dreamed.

“I was a little bit terrified,” Budd said. “I have never done Shakespeare. I was initially kind of freaked out.

“… But if you were to get a little bit lost in the story, the music is there to help you out for all the pivotal moments.”

And she agrees with others that the closing I’m-feeling-you number is maybe among the most pivotal.

“The show really touches very well on putting yourself in another’s shoes,” Budd said. “I know that’s cliche, but with the way the world is, I don’t know that there’s a better time than right now to be reiterating such a cliche.” 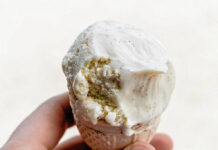 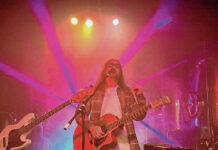