SEYMOUR — Rep. Jim Lucas, R-Seymour, has started a fundraiser that he says is to raise $500,000 for the armed bystander who shot and killed an active shooter at the Greenwood Park Mall on Sunday.

Lucas confirmed on Tuesday that he started a GoFundMe page for Eli Dicken, 22, of Seymour, who police identified as the armed civilian at the Greenwood Park Mall who shot and killed a gunman with an AR-15-style rifle who had opened fire in a food court.

The fundraiser states that the donations are for the “legal and financial challenges” that are ahead of Dicken. Shortly after 9:45 a.m., the fundraiser had received 239 donations totalling $10,105, including $500 from Lucas, who made the first donation.

“Because of how society is, he has had to retain legal help, and we know how expensive that can be, plus just for any future needs he may have,” Lucas said. “The young man went through a horrible experience, if he needs counseling, if he has to take some time off of work.”

“I’d like for this to go nationwide,” he said. “Let people show support for heroes.”

“I know he’s getting nationwide coverage, so I think 330 million Americans can pony up and come up with half a million dollars fairly easy,” Lucas said. “But if we don’t reach it, we don’t reach it.”

Lucas said he wants to have GoFundMe page set up so that the money goes directly to Dicken. GoFundMe takes a portion of the donations as a fee.

Dicken’s attorney, Guy Relford, did not respond to questions about whether his client authorized or was aware of the fundraiser or if it will be monitored. 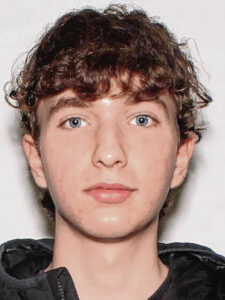 Sapirman entered the Greenwood Park Mall with a rifle and several magazines of ammunition and walked into a bathroom, where he spent about an hour before he emerged and opened fire, investigators said.

Investigators believe Sapirman spent that time preparing and possibly assembling a disassembled rifle that he had brought in his backpack. He ended up firing 24 rounds within 15 seconds.

“Many more people would have died last night if not for a responsible armed citizen,” police Chief Jim Ison said Monday, repeatedly calling Dicken a “good Samaritan” and his response “heroic.”

Although authorities said Dicken was legally armed, the mall prohibits people from carrying weapons on its property, according to signage at the mall entrance. The mall issued a statement Monday saying it grieves for the victims and praising Dicken’s “heroic actions.” It didn’t mention its no-weapons policy.

Lucas said there are no restrictions on how Dicken can spend the money.

“The man showed the courage and responsibility to do the right thing at the right time, so let him use it as he sees fit,” he said.