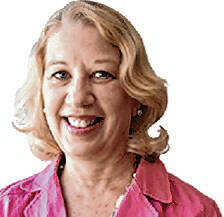 My family is fortunate to have a cottage in Northwest Indiana, near Lake Michigan, and I’ve come to understand that the lake plays an integral role in all aspects of daily life, from the weather to the drinking water. Over the past several years, we’ve had our neighborhood access to the beach significantly limited because of severe erosion. That erosion may be a natural cyclical occurrence, but it’s exacerbated by the extremes caused by climate change. On our beach, huge boulders have been put in place to bolster the shoreline and protect properties and public spaces.

I’ve spent the last 28 years of my professional life working to expand and protect voting rights, and I’ve come to see that representative democracy in Indiana is a lot like those Lake Michigan beaches. It is eroding, with most of the damage a result of concerted efforts by the majority party in the Statehouse to maintain power. Until we reform redistricting, the slide will continue.

Partisan gerrymandering is the single most corrosive practice undermining democracy in Indiana. We’re now going into a second decade of supermajorities controlling both legislative chambers inside the Statehouse and the impact is clear. Drawing districts to give one party an advantage has created an imbalanced legislative branch that is simply not representative of Hoosiers.

Because most legislative districts were drawn to minimize competition between Republicans and Democrats in the general election, the only real competition occurs during the primary. Over the past decade, several moderate Republicans have lost their races to challengers from the far right, tilting those caucuses to the point that their representation isn’t all that representative of their districts. Those who don’t lose to a more conservative challenger shift their positions to accommodate a small, but extremely vocal minority. Gerrymandering has given a small group of conservative Republican voters an oversized voice inside the Statehouse. In Indiana, unfair redistricting has facilitated minority rule.

This is evident when it comes to the hot button issues of today, particularly abortion. Polling indicates that a majority of Hoosiers believe abortion should remain legal. However, due to the disproportionate number of social conservatives elected from gerrymandered districts, it’s all but guaranteed the special session will result in restrictions that don’t reflect Hoosier values.

The unhealthy imbalance is also evident in the secretive and glaringly non-transparent process Statehouse Republican leaders are conducting to write their abortion ban legislation. Having to cater their positions to the rabid anti-abortion voters who dominate primary elections in lopsided districts, many Republican legislators find themselves at odds with the voters in those districts with more mainstream views. They’re in this precarious position of their own volition; now that an extremely partisan SCOTUS has given them what they campaigned on for years, they must deliver or face angry conservative challengers in the 2024 primary.

Likewise, the General Assembly’s recent move to eliminate handgun permits indicates that partisan gerrymandering puts the GOP supermajorities at odds with most of their constituents, as well as most of the law enforcement community. The voices of commonsense gun law supporters and those who put their lives on the line defending our communities are silenced by Republican primary voters and the NRA, who stands ready to recruit and fund challengers who will adhere to their extreme positions.

The only way to make progress happen is through comprehensive reform of the redistricting process. We’ve got to follow the lead of a growing number of states and put a balanced and bipartisan group of citizens in charge of redistricting. We’ve also got to put strong rules in place that prohibit drawing districts to benefit any party or individual and that require the entire process be conducted transparently and to enhance public participation.

Today we find ourselves watching the beaches of democracy erode. Fair maps are our boulders, and they are necessary to bolster our democratic foundation.