Columbus East and Columbus North hit the field for dress rehearsals for next week’s season openers when they hosted scrimmages on Friday night. 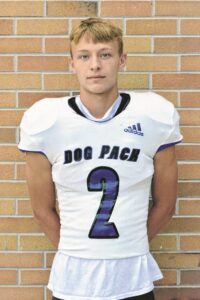 “We kind of reflected on Blue-White last week, and we all agreed it wasn’t clean enough,” first-year North coach Logan Haston said. “We had too many mistakes. There were still mistakes tonight, but we made some huge strides in the right direction.”

The Olympians played a fairly even, low-scoring defensive scrimmage against Martinsville. Chase Harrison and Chase Zapfe had interceptions during the Artesians first 15 plays.

“No. 1, we stayed healthy,” East coach Eddie Vogel said. “I was really pleased with how our guys competed. I thought we competed well on both sides of the football. There were a lot of mistakes, but a lot of positive things that we can build on.”

The regular season begins next week. East will host Whiteland, and North will travel to Decatur Central on Friday.