The event features two-person teams each running 2.5K (1.5 miles). Places from the top three teams from each school are added to figure the team scores.

The Bull Dog boys scored 18 points to 29 for runner-up New Albany and 31 for Brown County. Columbus East finished seventh with 72.

The North girls scored a perfect six points to 20 for runner-up Silver Creek and 33 for the third-place Olympians. 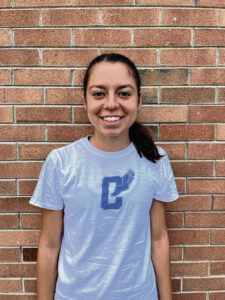 Brown County’s girls had only two two-person teams. Sadie Hiatt and Hadley Gradolf finished eighth in 20:14.2, and Livie Austin and Megan Cumberledge were 19th in 23:06.1.

In the boys race, North’s Kellen Hottell and Draven Martinez finished third in 16:01.8. Adler Larson and Charlie Smith took seventh in 16:36.6, and Neal White and Denton Sluder were eighth in 16:38.2.

GREENWOOD — Katie Hong won medalist honors with a 39 to lead Columbus East to a 186-197 win at Greenwood.

Carter Gant carded a 43 for the Olumpians. Lilly Steinwedel and Grace LaSell each shot 52, Ali Trueblood added a 53 and Avery Brooks had a 54.

EDINBURGH — Edinburgh pulled out a 219-221 win against Indian Creek at Timbergate.

Izzy Richardson led the Lancers with a 47. Macie Blandford carded a 55, Cloee Britton added a 58, Hannah Pile shot 59, Jillian Turner had a 60 and Gracie Myers finished with a 64.

NASHVILLE — Indian Creek won all four contested matches in straight sets, and Brown County had to forfeit at No. 2 doubles in a 5-0 defeat.