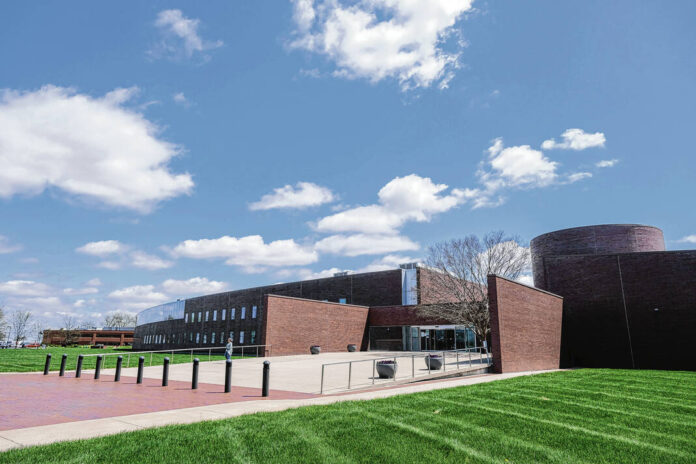 The Columbus Redevelopment Commission will help fund a portion of a project located on the Airpark Columbus College Campus.

The commission voted Monday to approve the Community Education Coalition’s (CEC) request for $100,000 for “infrastructure needs” at the campus. The funds come from the commission’s airport Tax Increment Financing district.

Redevelopment commission member Shannon McDonald recused himself from the vote, as he sits on the coalition’s board.

CEC officials said at a previous meeting that the funds are for a landscape and access project on the campus’ southwest corner. The project has received a $1.7 million grant from the Regional Economic Acceleration and Development Initiative, and the coalition has raised another $600,000.

The commission’s contribution brings the project budget to $2.4 million. John Burnett, CEO of the Community Education Coalition, said the $100,000 will provide support for geotechnical surveying, engineering, design and infrastructure.

The corner is one piece of a larger long-term project. The Cummins Foundation’s architecture program has provided a grant for a landscape design framework for the airpark campus and a detailed design for its southwest corner. Architecture firm Gustafson Guthrie Nichol (GGN), based in Seattle, was selected as the project’s designer from a shortlist recommended by the foundation.

The landscape design project has involved a number of community and campus stakeholders, with the CEC helping lead discussions. The work was partially spurred by the construction of Moravec Hall, the new campus building for Ivy Tech Community College – Columbus that now forms part of the airpark campus’ southwest corner.

Most of the $2.4 million for the corner project will be used on areas close to Moravec Hall and the Columbus Learning Center. Burnett said there are a few reasons for this. One is the desire for a new entrance to Ivy Tech.

“We also need to have a connection in between the Columbus Learning Center and the Ivy Tech building so that there’s access to the southeast corner of the learning center, because right now, there’s no service delivery area available,” he added. “There used to be, but now with the new building from Ivy Tech, there’s not.”

According to Burnett, project partners are currently doing preparatory work for design development and will work on design reconciliation in October. It’s expected that there will be a “deep dive” into design development with GGN and campus partners from November to the end of December, followed by work on construction documents in January and February. Bidding would then take place in March and April, with construction estimated to take place from May to November.