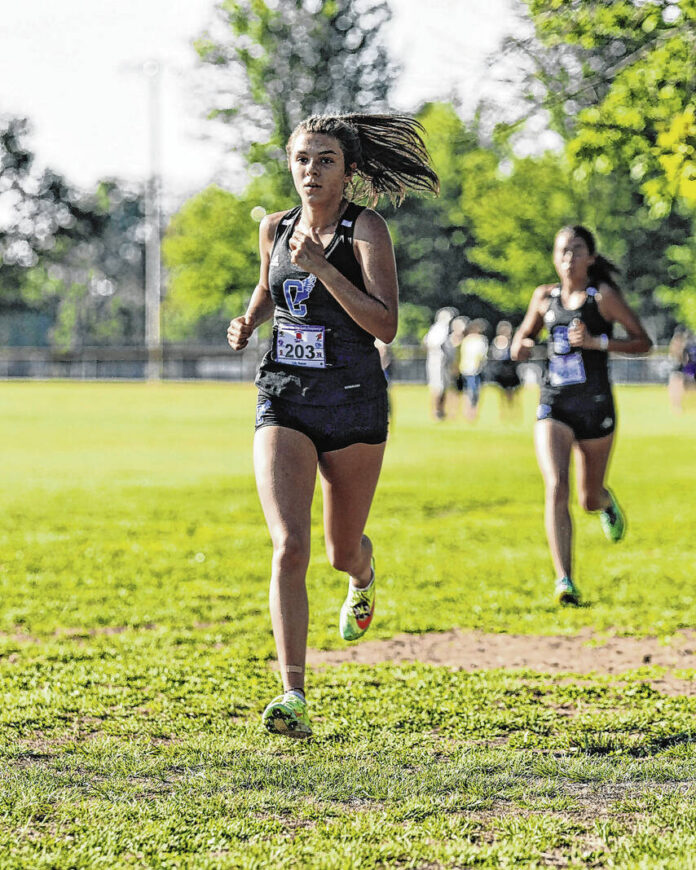 Columbus North senior Lily Baker has established herself as one of the top runners in the state of Indiana, so she had her pick of some of the top college cross-country and track programs in the country.

Last week, Baker committed to continue her academic and athlete career at the University of Tennessee. The process happened fast for Baker, who made visits to the Knoxville campus last month.

Baker said she talked to many schools including Toledo, Belmont, Indiana and Purdue, but made only two unofficial visits to Toledo and Tennessee.

“I was way more impressed with Tennessee,” Baker explained. “I talked to my parents about it. Coach (Rick) Sluder and I talked about it. I knew that was where I wanted to go.”

“I instantly felt comfortable, and it was easy talking to them,” Baker said. “I didn’t feel nervous. During my official visit, I was immediately friends with the girls. I got along with the coach (Sean Carlson).”

With her college decision out of the way, Baker can now focus on the rest of her senior year of running. She is coming off a personal-best 5,000-meter (3.1-mile) time of 17 minutes, 39 seconds in Saturday’s Conference Indiana meet.

As a junior, Baker led the Bull Dogs in winning the state cross-country championship by finishing in eighth individually to earn All-State honors. During track season this spring, she placed sixth at state in the 800 meters and was part of the runner-up 4×800-meter relay team that broke the school record with a time of 9:08:32.

Baker was named both the Republic Girls Cross-Country Runner of the Year and Girls Track Athlete of the Year last season.

North is the top-ranked girls cross-country team in the state again this year and will be considered one of the favorites to repeat next month.