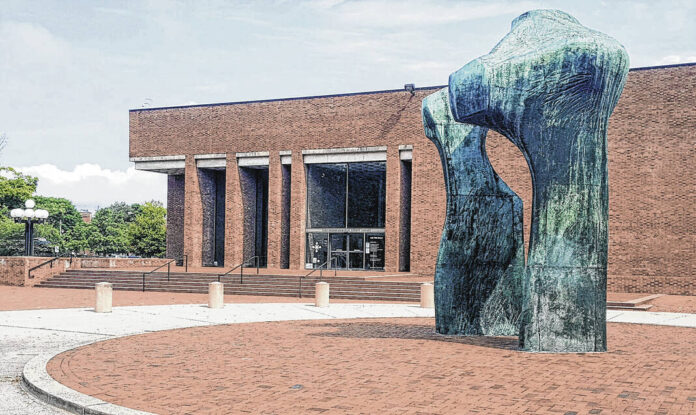 This week is Constitution Week, and it’s also Banned Books Week. We’re not sure whether that is by design, but recent developments here in Columbus demonstrate an ongoing need for freedom-loving people to stand up for the First Amendment. And for individual liberty. And for the independence of our local library and its service-focused staff of professional librarians.

As sometimes happens, a group of people who wish to impose their morals on the larger community have been complaining, this time at the Bartholomew County Public Library. The Republic’s Jana Wiersema wrote about this at some length Saturday.

“Since April, a group of about five to 10 people from local Blessed Life Fellowship have been attending the library’s board meetings to complain about ‘inappropriate materials’ in the teen section,” Wiersema reported, quoting library director Jason Hatton.

“Mainly these have to do with books that have some sort of sexual component to it, like sex ed and/or books with LGBTQ types of relationships and depictions,” Hatton said. “And so this group has been very vocal about that and very demanding of the board to take action.”

The First Amendment absolutely gives these citizens the right to petition the government for a redress of grievances. But let us, as our courts sometimes do, weigh the balance of harms here. Are the people who are complaining harmed by what someone else reads?

The very same First Amendment gives all citizens the right to free speech and free expression, broadly construed as freedom of conscience. These people would be significantly harmed if they were denied access to materials that they wish to read at a public library whose taxpayer-funded function is to serve all.

The recent kerfuffle has to do with allegations about age-appropriateness of materials in the teen section, which caters to kids from ages 12 to 18.

Library board member Billie Whitted, appointed to the board by the Bartholomew County commissioners, said that there have been complaints from kids who don’t feel comfortable in the teen section, Wiersema reported.

“Parents are concerned because our library seems to have an over-emphasis on what they consider to be pornographic, homosexual, pedophilic and transgendered sex,” Whitted said.

The problem with this is that neither Whitted nor the folks from Blessed Life Fellowship nor anyone else has provided specific complaints.

Hatton has talked to objectors about the library’s process for handling a book or material that someone challenges as inappropriate. He even passed out complaint forms at the August meeting, Wiersema reported. Yet even a month later, Hatton said he has received no forms from anyone challenging any specific material.

Asked to be specific about what the objectors believe is inappropriate, they either cannot or will not say. Therefore, why should anyone accept their stated concerns without a shaker of salt?

This dim story takes a hopeful turn, however, because at the Sept. 12 library board meeting, several members of the public spoke up in favor of “freedom to read,” pushing back against what they consider efforts at censorship.