After receiving his bachelor of arts from the University of Southern California, Chiapaikeo received his Doctor of Medicine from St. George’s University in Grenada, Wis. He completed a general surgery residency at Monmouth Medical Center in Long Branch, New Jersey, where he was chief resident, followed by a vascular surgery fellowship at the University of Arizona in Tucson.

He most recently served as a vascular surgeon at Deborah Heart and Lung Center in New Jersey. There, he served as the medical director of the Wound Care Center as well as the director of the Clinical Competency Committee for the Center’s Vascular Surgery Fellowship program.

Board certified in vascular and general surgery, he is a Fellow of the American College of Surgeons (FACS) and is a Registered Physician in Vascular Interpretation (RPVI). He is also certified in Transcarotid Artery Revascularization (TCAR).

He is a member of the Society for Vascular Surgery (SVS), American College of Surgeons (ACS) and the American Medical Association (AMA). 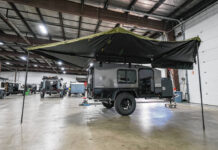