Two men with prior convictions for operating a vehicle while intoxicated were arrested on suspicion of driving while intoxicated after they were stopped by Columbus police officers during separate incidents over the weekend. 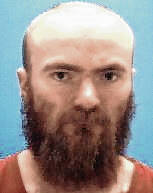 At approximately 10:30 p.m. Saturday, CPD officers were dispatched to a report of a reckless driver. Officers spotted the vehicle driving slowly and stopped it on Middle Road near Poshard Drive. The officers noted that the driver of the vehicle, Jacob M. Crays, 26, of Cicero, had slurred speech and glassy eyes. The officers also observed an empty wine box in the vehicle. Crays failed field sobriety tests at the scene of the traffic stop and was later transported to Columbus Regional Hospital for a blood draw. He was eventually placed under arrest and remanded to the Bartholomew County Jail on a preliminary charge of OWI with a prior conviction, a level 6 felony.

At approximately 1:15 on Sunday morning, a CPD officer observed a red Dodge truck disregard the traffic signal at 25th Street and US 31. The officer, who was stopped at the intersection, noted that the truck was traveling at such a high rate of speed that his patrol vehicle shook as the truck sped by him. The officer stopped the truck a short time later near Eastbrook Plaza, where he made contact with the driver, Trent F. Barthel, 40, of Buffalo, Minnesota.

During the investigation, Barthel failed several field sobriety tests and he was transported to CRH for a blood draw. Officers also located marijuana and drug paraphernalia inside Barthel’s vehicle. He was placed under arrest and remanded to the Bartholomew County Jail on preliminary charges of OWI with a prior conviction, possession of marijuana and possession of drug paraphernalia.