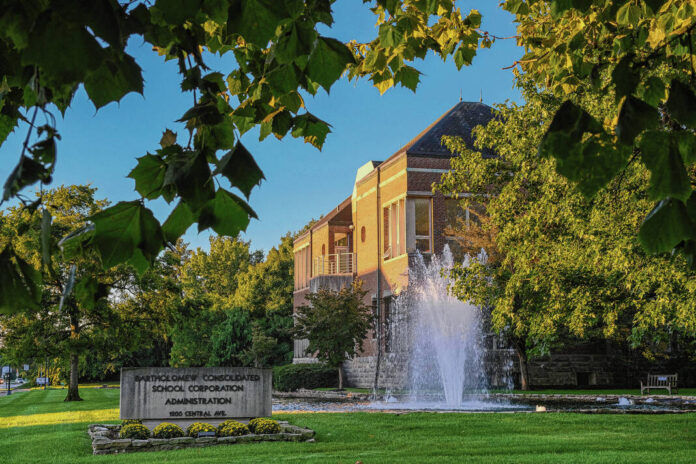 A longtime Bartholomew Consolidated School Corp. school board member who has never had an opponent now faces three in this year’s election.

Dayhoff-Dwyer was appointed to the school board in September of 2008 to replace Duane Hilycord, who resigned. Dayhoff-Dwyer ran unopposed in 2010, 2014 and 2022.

All four candidates for District 6 were asked the same questions. Their responses were as follows.

Q: What is the number one thing that motivated you to run for this office?

Dayhoff-Dwyer said she decided to run again so that she can ensure that she has “the people’s voice” and can make decisions that benefit students and teachers.

Douglas wants to get “back to basics” with a focus on writing, reading and arithmetic and “getting the political sides out of the schools.”

For Miles-Vieth, post-pandemic academic recovery is her main focus.

Schulz said his priority is “hiring and retaining the top teachers.”

Q: Do you think teachers are being compensated adequately? What can BCSC do to improve teacher retention and recruitment?

Dayhoff-Dwyer cited the school corporation’s most recent contract with the Columbus Educators Association, which included raises and a increase in base pay. However, she added that there is still room for improvement.

“Is their pay where I think it should be?” said Dayhoff-Dwyer. “Absolutely not. I think they deserve more.”

She added that the school corporation should offer incentives to help with recruitment and retention.

Douglas, on the other hand, believes that teachers are paid adequately, though he added that it’s always something to be considered in light of inflation.

“As far as recruiting teachers, I think getting back to basics where teachers can have a say-so in the school corporation and that their voices can be heard as well,” he said. “But I think if you get a good foundation, I think that will recruit teachers.”

Former BCSC teacher Miles-Vieth said that teachers have “always been undervalued” and need more compensation and more respect from society.

“The people we have there now and have had are people who are truly devoted to kids, love what they do, want to keep teaching, but can’t always afford to take care of their family,” she said. “And so making sure that the salary is a workable salary. Yes, people say, ‘Oh, they only work nine months a year.’ But they have to live 12 months of the year.”

In discussing recruitment and retention, Miles-Vieth said the school corporation might want to consider signing bonuses, as well as retention bonuses for staff who are at retirement age.

She added that if the school corporation is successful, this will attract teachers. A hallmark of success would be closing the achievement gaps between lower-income students and their peers.

Schulz also thinks pay should be improved and believes that BCSC teachers are being paid “below market” compared to surrounding counties.

“In Amazon’s world, we bring everybody to 75th percentile of market, and I think that’s something that we don’t sacrifice on behalf of the customer by doing,” he said. “And I think we can do the same here.”

Schulz said the school corporation should look at other ways to increase the overall value of teaching positions, such as benefits, appropriate class sizes and reimbursement for supplies.

Q: What can the school corporation do to address the ongoing impacts of the pandemic, both in terms of academic recovery and mental health?

On the mental health side, Dayhoff-Dwyer said that schools should educate kids, parents and teachers to look for the signs that a student may need help. There should also be support for teachers as they deal with “burnout” and other challenges, as well as destigmatization when it comes to seeking help and self-care.

In regards to academic recovery, she said that summer school is not the answer, as students need breaks.

“It’s something I know we need to take a dive into a lot deeper and try to come up with some answers on that,” she said. “But as far as getting our kids back to where they were, it’s just, I think, a matter of time.”

Douglas said that people need to “get back to living” and be aware of the virus but not afraid of it. He added that returning to a normal routine is “the best cure for everything.”

In terms of mental health, Miles-Vieth said the school corporation might want to provide training for its school counselors so that they can “pinpoint, specifically, what’s been the mental health crisis developed from COVID.”

She also said it would be helpful to have more afterschool tutoring and use a student’s test results to determine which areas they need extra help with.

Schulz said, in regards to academic recovery, “I think providing a targeted approach, trying to define those students that are lacking as a result of either staying at home time or delayed academic progress and bringing alongside a teacher’s assistance and education assistance to bring those up.”

He added that on the mental health side, BCSC has a strong counseling program that could potentially be further improved, though he would need to do more thinking on this.

Q: Over the past couple of years, the relationships between many local school boards and community members have become strained and, in some cases, combative. At a local level, what can both parties do to promote good relations and communication?

Dayhoff-Dwyer said that there needs to be an open dialogue. “We need to have better communications,” she said. “I think it’s gotten better, but I think some people feel that the board doesn’t listen, and I hope that gets better.”

She added that, as a representative of the people, she takes their feedback into account and tries to vote in accordance with the majority perspective or “make comments accordingly” and seek more information.

To Douglas, the main issue is both parties. “I think we need to get back as being one nation under God and forget about Republicans and Democrats and just be, use good morals and to lead a good life,” he said. “Be an example to others.”

Miles-Vieth said that board members should show that they represent everybody in the community. It could also be helpful to create a parent advisory board that provides input to the school corporation.

“I truly believe that parents are the biggest asset we have in child education,” she said. “As much as we teachers work hard, parents are the ones who start that whole process and continue it.”

Schulz said that the issue is that trust between the community and the board has “eroded.”

“Trust can be re-earned by overt communication and by building that relationship,” Schulz said. “And I think both sides have a lot to do. I think the school board has to do a better job of communicating its standards and explaining why it’s acting on the best interest of the children and of the school system.”

The community, in turn, should do a better job of listening, Schulz added.

Q: How do you define critical race theory (CRT), and what is your opinion on it?

While Dayhoff-Dwyer said she may need to brush up on the term, she believes it to be “looking at what the history of between slavery and the whites and going back to the equal rights and things like that, and how people were treated and things and trying to rehash that, I guess, and bring up the negativeness (sic) of that time and teaching that either the white people are superior or the black people are superior.”

Dayhoff-Dwyer does not agree with critical race theory based on what she knows of it, as she believes all people are equal. She added that while it’s important to learn history in order to avoid repeating mistakes made in the past, a person is not responsible for what their ancestors may have done to mistreat others.

However, she added that, per her previous statement regarding public input, she would follow the will of her constituents if the board ever came to a vote regarding the subject.

She also said that there may be good parts of CRT, but it could come down to how it’s taught or interpreted.

“The best answer would be, for me, is I just need to revisit it and seek out different opinions,” she concluded.

Douglas referenced actor Morgan Freeman in his response. During a “60 Minutes” interview in 2005, Freeman expressed disagreement with the idea of having a Black History Month, saying that Black history is American history. When the interviewer asked how people should then seek to get rid of racism, Freeman replied, “Stop talking about it. I’m going to stop calling you a white man. And I’m going to ask you to stop calling me a Black man.”

“I believe what he said; racism only exists when you speak of it,” said Douglas. “And I don’t think that’s a place that it needs to be vocalized on in our schools. That’s some of the problems that I see today that they’re causing division.”

In discussing critical race theory, Miles-Vieth said, “Many of us don’t see it (racism) as built into the system because it doesn’t affect us, but it is built in there, maybe unconsciously or subconsciously, as far as making those laws, those rules or whatever. And the data supports that people of color do end up getting less value for their home, a difficult time getting a loan or having to pay a higher interest rate.”

She added that people are getting “worked up” about hot button issues such as critical race theory that are not actually a big issue in the classroom. She does not believe CRT is being taught in BCSC schools, and subjects such as slavery and equal rights tend to be taught in high school, where students seem to be confident “calling out” things they don’t agree with.

“We need to give them more credit for being independent thinkers, because they are,” she said.

Schulz understands critical race theory to be the study of “how differences in origins impact the situational outcomes.” After talking with teachers and community members, he does not believe it’s taught in local schools.

“I would be against the over-teaching of it, but I think it’s more of a political ploy to divide us,” he said. “And there’s a lot of opportunities for us to discuss and come together rather than focusing on the extremes of either political agenda.”