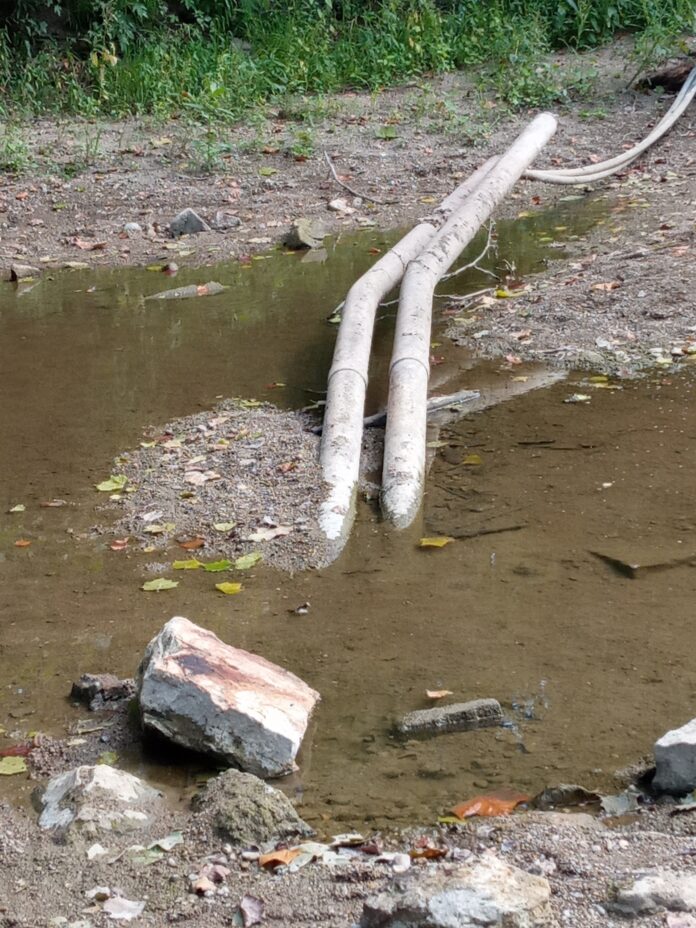 COLUMBUS, Ind. — Columbus parks officials are looking into some uncovered pipes found in the river at a local park.

A Republic reader recently noticed pipes he saw protruding near the bank in the Flatrock River in Mill Race Park.

“Due to the rust and other corrosive material that are on the surrounding rocks as well as some dead fish I have reason to believe that these pipes are polluting the waterways,” according to the reader.

There appeared to be “two large power cables” extending from the pipes and there was a concern that the lines might pose an electrical hazard to individuals using the river to fish or swim.

Associate Director of Park Operations Casey Ritz said that he is working to find out what the line is and who it belongs to, though this isn’t a “park issue,” he said, per se.

“It’s not a utility that’s doing anything in the park, right,” he said. “All of our utilities come from mainly off of Fifth Street, but they’re all on that east side of the park.”

So far, he has found out that the line does not belong to Duke Energy. His hunch is that it is a communication line that was supposed to be underground and has been uncovered by the river, rather than an electrical line.

To Ritz’s knowledge, it does not pose any hazard, but he added that he’s still investigating the unusual situation.

“We have gotten scrap metal and stuff out of the river before, but very, very seldom,” he said. “But this one’s kind of a new one for us.”