INDIANAPOLIS — Class 3A No. 4 Columbus North overcame an early Roncalli goal to get past the host Royals 2-1 Wednesday night in the semifinals of the Roncalli Sectional.

The Royals scored off a corner kick in the game’s second minute. But the Bull Dogs (14-1-1) responded with goals from Nathan Imlay in the 25th minute and Aidan Whitley in the 30th minute. Imlay assisted on Whitley’s go-ahead goal.

North outshot Roncalli 21-10, putting 11 shots on goal to five for the Royals. Oscar Ballinas posted one save in the first half, and Max Grewe recorded three saves in the second half.

The Bull Dogs advance to Saturday’s 7 p.m. sectional final, where they will meet Franklin, a 4-0 winner against Whiteland in Wednesday’s first semifinal.

SHELBYVILLE — Hauser came tantalizingly close to making it to the sectional final before falling to Indianapolis Lutheran on penalty kicks in the semifinals of the Southwestern (Shelby) Sectional.

Trailing 1-0, Lakota Robbins headed in throw-in from Zach Weichman in the 76th minute to tie the game. After the teams played 14 scoreless minutes of overtime, they went to PKs.

The Saints edged the Jets (5-10-1) 4-3 in the shootout. Elian Escalante, Ethan House and Robbins converted PKs for Hauser, which was attempting to avenge a 4-0 regular-season loss to Lutheran.

GREENCASTLE — Brown County saw its season come to an end with a 9-0 loss to Greencastle in the semifinals of the Greencastle Sectional.

INDIANAPOLIS — Columbus East advanced to the semifinals of the Franklin Central Sectional with a 2-0 first-round win against Franklin. 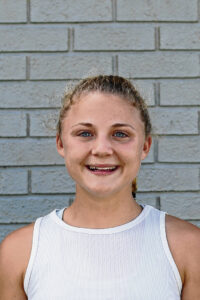 The Olympians will play host Franklin Central in today’s semifinals at around 8 p.m. Columbus North and Roncalli will meet in the first semifinal at 6 p.m.