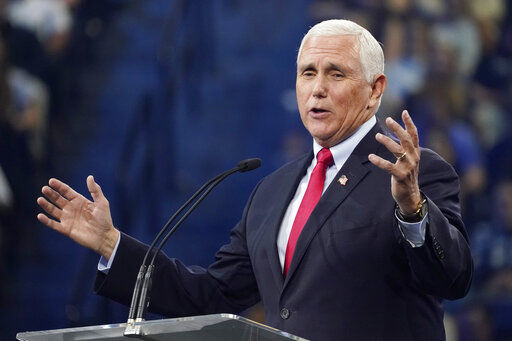 In speaking to reporters, Pence said a Valadao victory is key in battling inflation and regaining Republican control of Congress. Pence played up Valadao’s role on the House Appropriations Committee, Valadao’s support of the Trump-Pence administration’s first two years in office, and the importance of agriculture in California’s 22nd Congressional District.

“California and America need David Valadao back in a Republican majority in the United States House of Representatives, and I’m proud to give him my full support in his re-election effort,” Pence said.

Valadao has represented the increasingly blue area in Congress for the most part since 2013, apart from losing the seat briefly to former Democratic Congressman TJ Cox in 2018 amid a national “blue wave.”

This year, Valadao is running against state Assemblymember Rudy Salas, D-Bakersfield, who captured 45.2% of votes in California’s June primary election. Valadao received 25.6% of the votes. Political analysts have called the race a toss up.

Both Valadao and Pence touched on pocketbook issues during their remarks, calling out California gas prices and the Central Valley’s sky-high housing costs. Valadao also highlighted the district’s need for a sustainable water supply for crops and communities.

The Hanford dairy farmer was one of 10 House Republicans to vote to impeach Trump over the Jan. 6, 2021, attack on the U.S. Capitol. Of the 10, Valadao is one of two representatives to make it this far in this election cycle. When asked by a reporter if he agreed with Valadao’s vote, Pence sidestepped a yes or no answer.

“Jan. 6 was a tragic day in the life of our nation’s capitol and in our national life. I’ll always believe that I did my duty that day under the Constitution and the laws of the United States,” Pence said. “But elections are about the future.… I think the reason why David Valadao is going to be re-elected is because the people of this district, and people all across America, want to focus on the challenges of today and not yesterday. They want to focus on the opportunities for tomorrow.”

For his part, Valadao said he doubts voters will be thinking about the impeachment vote when they cast ballots on Nov. 8.

“If they choose to hold a grudge over one issue when they’ve got a thousand other reasons to support me, I just don’t envision them holding on until Nov. 8,” Valadao said.

Rather than lingering on the impeachment vote, Pence painted Valadao as a supporter of the Trump-Pence administration. 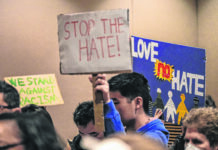 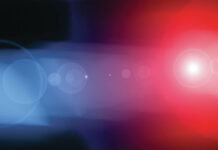 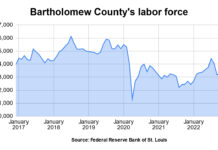