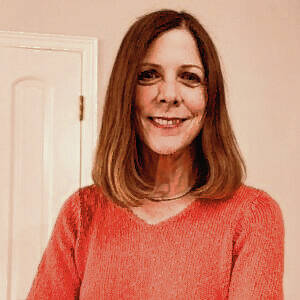 Throughout my 35-plus years in TV news, I covered dozens of elections but never worked the polls until Nov. 8.

Now retired, I wanted to know what it was like to be on the other side, so I signed up to work as a clerk. Typically, election workers sign up through their political party. I signed up through the Marion County Clerk’s Office. When asked my party affiliation, I said “independent.” I would serve wherever the greatest need was. I was assigned to work a northside polling place as a Republican clerk.

I had to attend a 90-minute training session two weeks before the election, leaving with a 27-page Election Day guide spelling out everything from voter requirements and setting up/using the equipment to “unique scenarios.” I signed up for a “full day,” more than 14 hours when you factor in the pre-and-post-election work. I would get paid $20 for training and $80 for working the election.

Our team of 10 included a few half-day workers and an equal number of Republicans and Democrats; some newbies like me, others veteran poll workers. One woman had already worked 10 full days of early voting. The inspector guessed it was his 20th election and the first one where a few clerks asked about safety.

Despite the political divisiveness we see and read about every day, I didn’t see Rs and Ds. I just saw fellow citizens coming together with a shared desire to ensure our constitutional right to vote.

But the day was not without a couple of glitches. Soon after the polls opened at 6 a.m., one of the two poll pad printers (which prints the ballots) crashed. It would take nearly 90 minutes to get a replacement. The line was outside the door and around the church. Thankfully, a church worker had agreed set up propane heaters as people waited up to 40 minutes to get thru the door.

My first job was welcoming voters. While I’m sure some were frustrated at the wait, not one person I encountered complained. Instead, I repeatedly heard “thanks for your service.” I handed out “I voted” stickers, answered questions and helped check in voters, scanning their photo ID and verifying their eligibility to vote. Any questions/issues were referred to the inspector. My colleagues on both sides of the aisle, who had worked elections before electronic voting began, said the new system made the process faster and easier. And with multiple safeguards in place, they weren’t worried about “voter fraud.”

Voting was steady throughout the day, slowing in late afternoon. The doors closed promptly at 6 p.m. with no one left in line. But there was still work to be done.

First, shutting down and securing the equipment. A critical part of that? Making sure the number of ballots issued matched the number of ballots cast. The DS200 machine, where voters insert their marked ballots after using an Express Vote Machine, keeps a running electronic count. The Republican and Democratic clerks must also count the paper ballots by hand and do so several times to make sure the numbers match.

Tuesday night, the machine showed 963 votes cast, with clerks counting 963 paper ballots. All good, except 965 voters were checked in and given ballots. What happened to those two ballots? An election official told me, impossible to say. Maybe a poll worker error? Or a voter mistakenly thinking the Express Vote Machine recorded their vote (it doesn’t) and then taking their ballot home. No matter, it’s now part of the post-election auditing process with the inspector promising even more signage to avoid any confusion.

As we called it a night, the Democratic inspector and a Republican clerk drove together to one of the regional drop-off sites to deliver the poll pads, DS200 media stick and sealed bag of paper ballots. I headed home shortly after 7 p.m.

While exhausted, I left with a much greater appreciation for the process and especially for those willing to sign up, show up and do the job. In fact, I’ll probably sign up to work another election. I hope others will too.

Mary Milz is freelance writer and veteran TV journalist with 35 years experience. She spent the last 18 years with WTHR-TV in Indianapolis, where she covered city and state government before retiring in 2021. This article previously appeared at indianacapitalchronicle.com. Send comments to [email protected]