It seemed a great locale for such reflection, considering that her career current of sorts seems to carrying her toward bigger roles and rewards. She currently portrays Liz, a principal character in the classic Broadway musical “Chicago.”

But King also has performed as Velma, one of the show’s co-leads, about 10 times in the past year, since she serves as that major role’s understudy.

Amid that gratitude simmers a dream, though, for the Columbus North High School and Syracuse University graduate.

“To land a triple threat central character role in a new, Broadway show — for me, that would be IT,” she said.

Yet, for now, the actress who moved to New York nearly a decade ago sees “Chicago,” a satire on corruption in the administration of criminal justice and the concept of the “celebrity criminal,” as online summaries put it, as a perfect fit.

“Nothing is ever guaranteed, in my industry in particular,” she said. “It’s always good to assess. But I am very happy in ‘Chicago.’ Because it provides me the opportunity to perform in a show with a (jazzy) style that really suits me both in song and dance.

“And I also have the opportunity to be a leading character, and sometimes pretty often. That opportunity is aligned with what I want to be in doing in playing certain roles. So it’s been a really important show for me, both for my artist self and for the business woman that I am.”

Longtime Columbus choral and voice teacher Janie Gordon, who has worked with King since fourth grade when the actress was in Junior Mill Race Players’ shows, remembers seeing King in the powerful role of Velma some three years ago at the 1,125-seat Ambassador Theatre.

The curtain rose, the music of the “Overture/All That Jazz” began, and up from below the stage came King as the center of attention. Beside Gordon, in the audience were King’s parents, Pete and Cathy King, her ex-voice teacher Julianna Jerome-Drerup, her former high school director John Johnson, and others.

“You suddenly see her in silhouette, looking like the diva she truly is,” Gordon said. “It was so exciting.”

Tears pooled in the eyes of Gordon, one of several locals who always said King would be a hit on Broadway — even while King was still a high schooler. She can now forsee King as a leading character in a full-time spot very soon but longs for it to be “with the right person at the time.”

King moved to New York City in 2013, and in between various roles in those early days, she played Elsa at “Frozen”-themed children’s birthday parties, and was even hired as a yodeler for someone’s Swiss-themed birthday bash.

She paused when asked how she is different since that life-changing move.

“I guess I am just more of me,” she said with a laugh.

Though Broadway’s eight-shows-per-week schedule can be grueling, King seems to love nearly every part of it. When productions came back from a COVID closure slightly more than a year ago and went into full cast rehearsals for three weeks, King was energized.

“It reminded me of just how much I love the rehearsal process, and to be in that wonderful environment where you’re exploring and when you’re experimenting and seeing what works,” King said. “And it was a beautiful reminder of how fun the process can be, and it really filled my cup in that way.

“… I find that one of the most stimulating parts of being an actor is the element of trying to find the humanity (of a character) and deciding which story you’re going to tell.”

Someday soon, as the river of her destiny carries her along, Mary Claire King will tell more of her story — one with some of the razzle-dazzle of “Chicago,” and one also of beautifully belting even at birthday parties, a place that has helped her wishes come joyously true.

Columbus City Band ushering in the season on Sunday 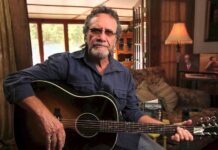