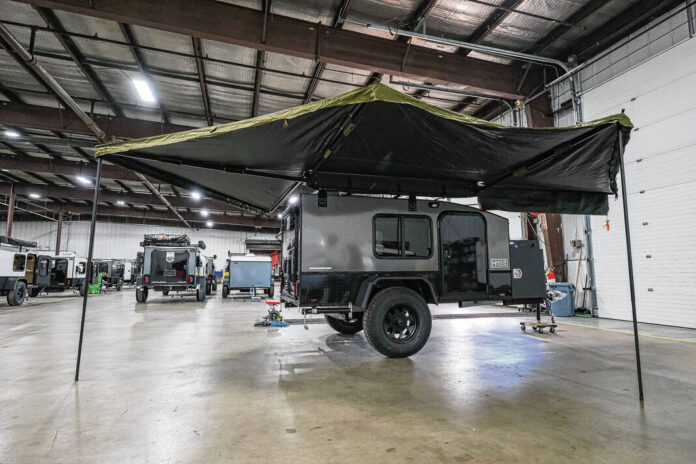 A local manufacturer of custom camping trailers lost its bid to win a statewide competition to be crowned the “coolest thing made in Indiana.”

Columbus-based Hiker Trailer, 2860 N. National Road, Suite B, was one of four companies that made it to the semifinals of the Indiana Chamber of Commerce’s second annual “Coolest Thing in Indiana” tournament.

However, Hike Trailer lost to Leesburg-based Maple Leaf Farms in the semifinals after the northern Indiana company received more votes through the contest’s website www.indianachamber.com/coolest-thing-made-in-indiana-tournament.

Maple Leaf Farms raises ducks and sells a roast half duck that is marinated and roasted via a custom process, according to the contest’s website.

The other finalist is Syracuse-based Polywood, which makes a 12-piece, outdoor sofa pit sectional that can be rearranged in several different ways.

Voting for the championship round is currently underway and will end at 10 p.m. Wednesday, according to the contest website. The champion will be announced on Dec. 14 at the chamber’s 2022 Best IN Manufacturing Awards Luncheon.

Nominations open for Woman of the Year

ISP identifies two police officers shot during traffic stop in Mitchell, and identity of the suspect who was killed