After falling to two powerhouse teams in their first two meets of the season, the Columbus North boys swimmers had a chance to go against a similarly-skilled Seymour team on Thursday.

Despite competing without top swimmer Daniel Utterback — the lone Bull Frog boys swimmer to win an individual event in those first two meets — North came through with a 94-89 victory. 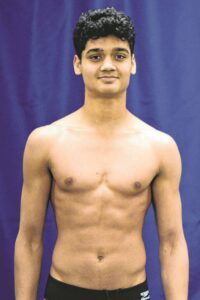 “I was really surprised,” Badve said. “We’ve been working hard, so getting those time drops was nice.”

“I’ve been a little slow in the 500, so it was good to finally get back down to my best time,” Abdallah added. “Then, my 100 breast was OK, but I won, and that’s all that really matters.”

“I’m super proud of everyone, especially the guys that were second and third in events because that’s what you need,” Abdallah said. “We all swam well, and that’s what we wanted.” 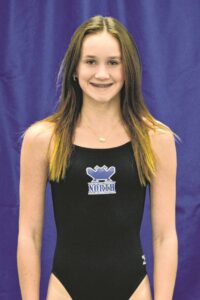 “The girls, that was a numbers game,” Cunningham said. “They had more than we did. The girls were swimming fast. They were having good races, and I couldn’t be more proud of them. They’re seeing the process is paying off.”