COLUMBUS, Ind. — Testimony began Thursday in the long-delayed trial of a former Edinburgh man accused of three felonies that include rape.

A jury of six men and six women were chosen for the trial of Teddy Albert Allman, 51, in Bartholomew Circuit Court. The defendant is charged with a Level 1 felony count of rape when the victim is compelled by force or imminent threat of force.

On the morning of Sept. 10, 2018, deputies with the Bartholomew County Sheriff’s Department responded to a call about a rape and battery at a mobile home community in Elizabethtown, according to court documents. Investigators later learned the victim knew Allman, and had taken out a protective order against him prior to the attack, according to a probable cause affidavit.

The injured woman told investigators that Allman broke into her home and used duct tape and zip-ties to bind her during the sexual assault and battery, the affidavit states. Evidence introduce Thursday includes a photo where the front door appeared to have been dented by a kick.

The victim also told police that Allman struck her in the face multiple times and kicked her during the assault, the affidavit states.

As he held a knife to the victim’s throat, Allman allegedly took photos with his cell phone, the affidavit states.

While on the witness stand Thursday, Bartholomew County Sheriff’s Capt. David Steinkoenig said it appeared Allman may have been living in his car at the time of the assault. Recent online records list the jail as Allman’s address. 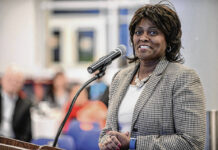 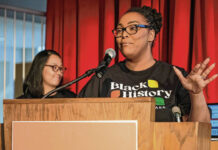