As officials continue to investigate the Irwin Block building fire on Fifth Street, the city of Columbus has declared one of the affected buildings unsafe for human habitation.

The Columbus Board of Works voted to condemn 422 Fifth St. during a meeting Tuesday morning. The building, owned by Jayne Hege and her sisters, was the site of a fire reported at 11:50 p.m. Saturday. The family also owns another Fifth Street building located next to 422 on its east side. Businesses located in the east building have indicated that the impact there is less severe, though there is water and smoke damage.

Code enforcement officer Fred Barnett had already placed a condemned notice on the property prior to Tuesday’s board meeting.

“That was because it’s definitely unsafe,” he said. “Nobody should be in there.”

He requested that the property be condemned until it is made safe for human habitation and that the owners send written reports to code enforcement each week until the matter is resolved.

George Hege spoke on behalf of his family at Tuesday’s board of works meeting. He said he’s been working with the fire marshal, and a state official was brought in on Sunday. Investigators believe they know where the fire started, but they also believe it would be unsafe to “poke and prod around” this area.

A Columbus Police officer who arrived on the scene of the fire before fighters took a photo at the back of the building and provided it to firefighters showing where the flames were initially visible Saturday night.

In regards to the insurance process, Hege said his family received word of the fire Saturday evening, and he was on site until 5 a.m. Sunday. His insurance agent arrived later that morning.

“I’ve since then talked to the adjuster that’s been assigned to the building,” said Hege. “So we basically have to go through all the steps of contacting a third-party fire inspector, a third-party insurance adjuster. … Our insurance company has to work with all the tenants’ insurance companies to come to a conclusion of what caused it and all that stuff. So to my knowledge, until the insurance stuff’s done, there’s not a whole lot we can physically do with the building.”

It is his understanding that all insurance companies associated with the building have to agree on a plan “before anything can move forward.” A building inspector is supposed to examine the site later this week.

Hege added that he’s ready to put up fencing as soon as the street is cleaned up. His top priority is to get the Columbus Area Chamber of Commerce, which is located in the east building, “back up and going.”

Chamber President Cindy Frey said in a previous interview that staff members are currently working remotely, and the organization is looking for a temporary space to co-locate. However, they hope to return to their 500 Franklin St. location once it is safe to do so.

Hege has also reached out to Department of Public Works Director Bryan Burton about potentially getting their help with removing debris.

“I think we’re willing to help out and get it moved, just whenever we’ve got the green light to do it,” said Burton.

Hege added that the fire marshal indicated that it would be all right for them to work at the front of the building, because the investigation is at the rear.

When asked if debris is still falling, he replied, “Not to my knowledge. Now, if you stand at the base, you can see there’s some bricks that are loose and do have the potential to fall. My concern would be any high winds that we get.”

City Director of Administration and Community Development Mary Ferdon added that the street will remain closed until either the building has been demolished or there is no danger at the site.

Hege said that his family is emotional about the loss of 422 Fifth St. and “took a lot of pride in owning that building.”

“I hate it, because my whole life’s been helping my grandpa in that building as a kid, growing up and stuff,” he said. “I mean, you can go around any part of Columbus and see some wall hanging of an image or likeness of that building. And now it’s sadly no longer there.”

He added that his grandfather had some “really cool items” upstairs in the 422 Fifth St. building storage area, and about three years ago, the building was visited by the reality TV series “American Pickers.” However, they did not make the cut to end up on the show.

Mayor Jim Lienhoop said that, having known Hege’s grandfather, he knows he’d have been “heartbroken” about the fire.

“I know my aunt sat there and cried, and she just thought, she was just so happy that grandma and grandpa weren’t here to see it,” said Hege. 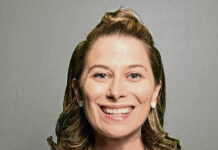 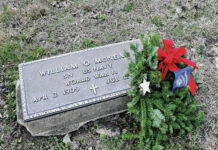