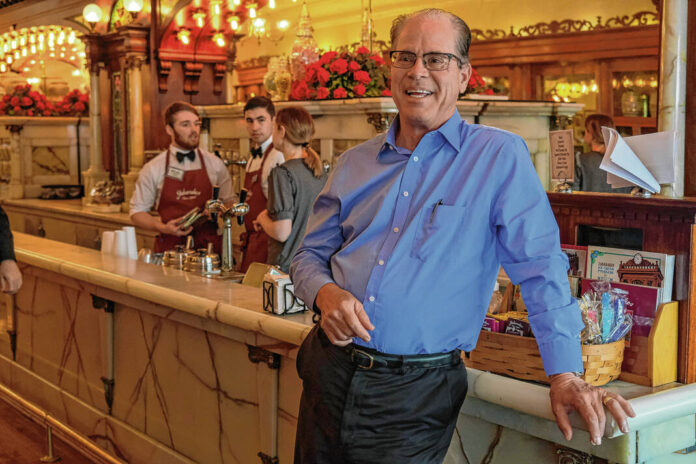 Indiana hospitals and others across the country have been patting themselves on the back for allowing consumers to actually see what something will cost before they buy it. Indiana hospitals ranked fourth in transparency in a new analysis by Turquoise Health.

The health care industry is 20% of the U.S. economy. Finally getting around to telling Americans what your product costs is nothing to be proud of.

There’s an incentive for hospitals obscure their prices: transparency reveals how broken the health care system truly is.

As Indiana Capital Chronicle’s Leslie Bonilla Muniz noted in a recent story, the exact same hip or knee replacement at hospitals 30 minutes away from each other in Indiana could cost either $43,000 or three times that. A woman giving birth could cost $2,000 in Bedford or ten times that in Indy.

To lower the costs of medical services and medications for Americans, we need more market competition so that providers have an incentive to lower prices. Competition drives down costs because patients can compare prices and choose what’s best for their budget.

In fact, a survey conducted this year found that over half of healthcare consumers do not research different pricing options before receiving a medical service, but said they would if prices were disclosed in a less confusing manner.

A radically transparent healthcare marketplace will mean patients can shop around and find the best price, just like we do for every other product or service.

Take laser eye surgery, or LASIK, for example. In the 1990s, the average cost of a LASIK surgery held steady at about $2,000 per eye. LASIK surgery is generally not covered by insurance because it is considered cosmetic or elective, so patients were able to shop around for the best quote around town for their procedure.

As providers innovated and offices competed for patients, the cost of laser eye surgery fell. During a rush in demand for the surgery in the late 1990s, the price per eye fell by 20%.

Today, many patients receive LASIK surgery for closer to $1,000 per eye. This is possible when a medical service has true competition, and patients can compare services in a free market.

One price transparency solution that would create real change for patients is the Health Care Price Transparency Act. This bill will require hospitals to disclose the cost of an item or service set by the hospital.

This bill also requires hospitals to create a free online price estimator so patients can receive an estimate of the costs they will be responsible for paying to a hospital before they receive the service. In order for a hospital to participate in Medicare, they will need to maintain compliance with these transparency requirements.

President Trump issued a rule to this effect, but has been subject to several lawsuits from hospital groups and other interested parties intending to shut it down and keep prices hidden. As of August of this year, only 16% of hospitals were complying with the transparency rule. This noncompliance is due in part to President Biden’s Center for Medicare Services unwillingness to enforce the rule fully.

We need to set this rule into law. The Health Care Price Transparency Act will do that, and help Americans make more informed choices in the marketplace.

Services are only half of the equation. Drug prices also need to be radically transparent to lower costs for consumers.

It’s not just pharmaceutical companies and pharmacies that decide how much a drug will cost, it’s also a middle man in the equation called a pharmacy benefit manager, or PBM.

The Drug Price Transparency Act will end this strange arrangement that’s raising the costs of prescription drugs. The result will be a more transparent prescription drug market, and ultimately lower list prices and out-of-pocket payments for patients.

These solutions are not cure-alls. We also need to crack down on anti-competitive behavior, such as some large network hospitals forcing patients to pay more for services as inpatients by buying up independent health clinics, as well as many other uncompetitive practices in the health care system that are driving up prices.

But pulling back the curtain on costs for services and drugs is a solution that will help inject some competition into the health care system and lower prices in the long-run.

Politicians who do not support price transparency must answer the following question: What benefit are the American people getting from these prices remaining hidden?

Dr. Tarek Kteleh is a physician and CEO of Rheumatology of Central Indiana, which serves seven Indiana cities. Sen. Mike Braun, R-Jasper, is Indiana’s junior senator and a member of the Senate Health, Education, Labor and Pensions Committee. This article previously appeared on indianacapitalchronicle.com. Send comments to [email protected]