COLUMBUS, Ind. — Three state lawmakers who represent parts of Bartholomew County chatted online with constituents Monday at the first Third House session of 2023, with most of the questions revolving around education and public health.

Third House sessions, sponsored by the Columbus Area Chamber of Commerce, are opportunities for community members to interact with legislators during the legislative session, and are continuing in a virtual format with questions submitted in advance from the public. Rep. Ryan Lauer, R-Columbus; Rep. Jennifer Meltzer, R-Shelbyville; and Sen. Greg Walker, R-Columbus, logged in to Monday’s Third House.

One bill that was discussed was HB 1620, co-authored by Meltzer, which would require school board candidates to declare a political party and “be nominated in the same manner as candidates for all other elected offices are nominated.”

“Despite the fact that we don’t actually at the moment declare a political affiliation, our school boards are political,” Meltzer said during the event. “I think we saw in our last cycle for school boards a significant uptick in the number of school board elections that were being funded by outside sources and that the candidates were hiding behind the fact that they didn’t have to declare a political party, and when I was knocking on doors and talking to constituents, this is the feedback I was getting, that they wanted them to declare a party. They thought that it added transparency.”

Another bill that discussed, HB 1406, co-authored by Lauer, would add the Bartholomew Consolidated School Corp. and five other school corporations to a high school equivalency pilot program.

“There had been a previous pilot, and this is an expansion of that pilot,” Lauer said during the meeting. “…And what this (pilot) is going to do is to really give more opportunities to those (students) that have not completed high school or are at risk of not graduating to really focus and provide extra help and work for these individuals to be able to just go out and complete their high school, to get their degree and hopefully along the way get exposure to other opportunities out there to take that extra step after they’re done. But I think we’ve seen that this program does have a positive effect, and the whole goal is to make sure that we’re not losing track of these individuals who are at risk of dropping out and at risk of not completing their high school education.”

Walker was asked about SB 368, which would would establish an early childhood care and education pilot program that would provide a cost-sharing approach to fund early childhood care and education. Under the pilot program, participating employers, the state and the parents or guardians would each pay one-third of the cost for an eligible child to receive care, according to the current version of the bill.

While Walker is not an author or co-author of the bill, he chairs the Family and Children Services Committee, where the bill is currently pending. 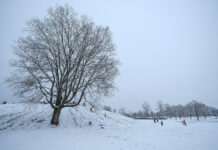 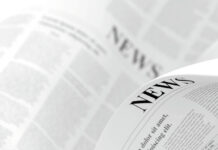 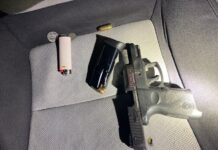