COLUMBUS, Ind. — A winter storm that was forecast to drop more than 3 inches of snow on Columbus Wednesday fizzled out into a slushy mess of rain and freezing rain, with just enough snow to make driving tricky on the early morning commute.

Both of Bartholomew County’s school districts called off school on Wednesday, and Bartholomew County employees were working from home, except for sheriff deputies on the road and the plow trucks working the roads.

Indiana State Police reported numerous slide-offs Wednesday morning on I-65 and other state highways, mainly caused by driving too fast for conditions and under-estimating the slush and black ice that was underneath.

At mid-morning, a semi jack-knifed on I-65 in the northbound lanes just past mile marker 68, which is the Columbus exit, and the northbound on-ramp to I-65 at State Road 46 was closed for a short time as first responders removed the semi and opened interstate lanes. No serious injuries were reported in the crashes.

The National Weather Service continued to predict that Bartholomew County would receive “mixed precipitation” throughout the day Wednesday, and wind gusts of up to 35 mph were predicted.

The Bartholomew County travel status was moved to advisory at about 6 a.m. Wednesday by Bartholomew County Emergency Management. It is the lowest level of local travel advisory, means that routine travel or activities may be restricted in areas because of a hazardous situation, and individuals should use caution or avoid those areas. 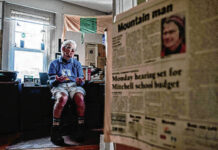 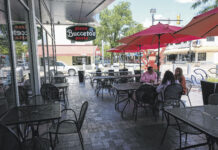