Andrea Temple Matray, 36, of San Diego, California, passed away peacefully Friday, October 27, 2017 at her home near Ocean Beach surrounded by her family, close friends and ever faithful dogs Moesly and Petri.

She was preceded in death by her father, David R. Temple; grandparents, Charles and Betty Jenkins, Norma (Scalf Temple) Spurling and Lester Temple.

Andrea was accepted into the pre-pharmacy program at Purdue where she quickly realized her true talent and then graduated from Purdue in 2004 with a BS in Visual Communications and minor in Spanish.

After relocating to Denver, Colorado, Andrea decided to pursue and received her master of arts degree in elementary education in 2009 where she began her teaching career.

Marriage and career opportunities then took Andrea and Tim to the San Francisco Bay area, where her passion for nurturing flourished as she taught and mentored fourth-graders at Redwood City Elementary School.

In their spare time, Andrea loved to travel with Tim, seeking out new adventures in hiking, camping and skiing among other activities and made many lifelong friends along the way.

Each October, Andrea’s family and friends were in awe of her creatively themed Halloween costumes for her, Tim and their dogs. Beetlejuice was the BEST!

Andrea was loved by everyone who knew her.

A celebration of life for family and friends will be held on November 18, 2017, at the Indianapolis Museum of Art in “The Toby” (Tobias Theater), 4000 Michigan Road, Indianapolis, with visitation from 10 a.m. to noon, and a memorial service to begin at noon.

If you wish to offer condolences or share a memory, is much appreciated and Andrea would have liked that. But of greater importance, is to get the word out that we are raising charitable funding in her name.

There are numerous breast cancer organizations, most of which focus on education, early detection and awareness. Those are noble efforts, but do nothing to help women like Andrea with stage 4 or metastatic disease. METAvivor Research and Support Inc. is the sole U.S. organization dedicated to awarding annual stage 4 breast cancer research.

Every dollar donated to METAvivor goes toward finding a cure for the horrible disease that took Andrea’s life. So, in lieu of flowers, The Andrea Matray Memorial Fund can be found at https://www.youcaring.com/metavivormetastaticbreastcancerawarenessresearch-998901 for those who wish to make a donation to METavivor in Andrea’s memory.

We also wish to create a scholarship in Andrea’s name to be awarded to a deserving student residing in Denver or the Bay Area, the communities where she taught. The goal is to provide financial assistance to a child who shares Andrea’s passions, and plans to pursue a career in the creative arts or education.

We will provide more information once we know the details.

Andrea’s husband, Tim, and her family thanks everyone for the outpouring of love and support. We’ve been blessed with some of the best friends and family anyone could hope for. 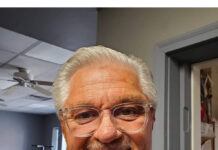 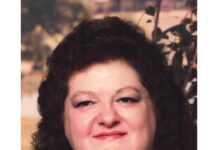 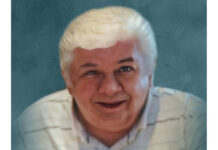