The Free and Accepted Masons (F&AM) of St. Johns Masonic Lodge, located at 4131 Rocky Ford Road, will host a re-dedication ceremony Saturday to mark the 175th anniversary of its founding in Columbus.

The 11 a.m. re-dedication ceremony is open to family members, friends of the lodge and invited local officials and dignitaries.

As the nearly 300 St. Johns members prepare to observe the landmark, as well as the 200th anniversary of Freemasonry in Indiana, a few members took time to separate fact and fiction, while explaining what the city’s oldest fraternal organization means to them and the community.

“Freemasons don’t control everything, only the things that matter.”

That was a tagline for the 2013 film, “The Freemason,” one of many fictional works containing references to Freemasonry that St. Johns members say ranges from harmlessly amusing to conspiratorial.

“We’ve cornered the market on the $1 bill,” said former Lodge Master Don Abernathy with a laugh, in reference to printed currency symbols associated with his organization. 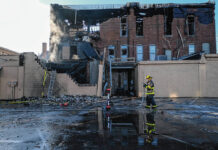 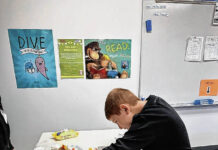