Rep. Greg Pence, R-Indiana, assured small business owners in a tweet that “help is on the way,” urging them to apply for COVID-19 relief funds, but failed to mention that he voted against the bill providing the funding for the “help.”

When his office was contacted Thursday seeking clarification, Pence communications director Hannah Osantowski provided the following emailed statement: “Congressman Pence is always looking for a silver lining hiding in a big lump of (expletive) if it helps out his constituents.”

On Wednesday, Pence took to Twitter to tout the Restaurant Revitalization Fund established in the American Rescue Plan Act and included links directing people to more information about the program and how to apply.

The $28.6 billion fund offers grants to help restaurants and other eligible businesses offset pandemic-related revenue losses and stay afloat, according to the Small Business Administration.

The grants provide up to $10 million per company with a limit of $5 million per physical location. The grants do not have to be paid back if they are used for eligible expenses.

Federal records show that Pence voted against the American Rescue Plan Act on Feb. 27 and March 10, which was a no vote to the funding.

Signed into law by President Joe Biden on March 11, the $1.9 trillion American Rescue Plan Act included $1,400 direct payments to most Americans; extended emergency unemployment benefits; billions of dollars for schools, state and local governments and small businesses that are still struggling to stay afloat; among other provisions, The Associated Press reported.

The bill also provided about $50 billion to expand testing for COVID-19 and to enhance contract tracing capabilities with new investments to expand laboratory capacity and set up mobile testing units, according to wire reports.

It also contained more than $15 billion to speed up the distribution and administration of COVID-19 vaccines across the country and extended $300 in expanded federal unemployment benefits through Sept. 6.

The bill also sent $350 billion to state and local governments for costs incurred up until the end of 2024 and $130 billion in additional help to schools for students in kindergarten through 12th grade.

Pence was openly critical of Democrat-led COVID-19 relief efforts in the run-up to the first vote on the measure on Feb. 27.

The day before the vote, Pence characterized the Democrats’ proposed COVID-19 relief in a tweet as “a partisan joke” that contained “nothing for Main Street.”

“New so-called ‘COVID-relief’ is peak swamp,” Pence said in the tweet. “Washington taking care of Washington. (House Speaker) Nancy Pelosi sees this as an opportunity to give her bureaucrat buddies a weekly $1,400 check and a subway in Silicon Valley. A partisan joke. Nothing for Main Street. I can’t support this bill.”

The day before the tweet, Pence took to the House floor to publicly voice his opposition to “the Democrat’s newest proposal,” saying it “is yet again a political statement, rather than a sincere effort at COVID relief.”

Wednesday’s tweet, however, was not the first time that the second-term congressman representing Columbus has touted legislation that he voted against.

In February, Pence attempted to take credit for a military spending bill he voted against that benefited the Indiana National Guard, Camp Atterbury and the Muscatatuck Urban Training Complex.

In a tweet and press release, Pence said he was “proud” that the cybersecurity program at Camp Atterbury and the Muscatatuck Urban Training Complex “was signed into law by Pres. Trump in the 2021 (National Defense Authorization Act) earlier this year.”

Former President Donald Trump did not sign the bill into law, but rather vetoed it on Dec. 23, federal records show. The tweet also failed to mention that Pence voted against the legislation multiple times.

The military spending bill that Pence voted against also included $12 million in funding for a construction project in Shelbyville — which is in Pence’s district — and an amendment that he said he verbally authored to extend the cybersecurity training program at Atterbury and Muscatatuck.

The $740 billion spending bill became law on Jan. 1 despite Pence voting against it on July 21 and Dec. 8, federal records show. Pence also voted against overriding Trump’s veto of the bill on Dec. 28.

Milly Lothian, Pence’s communications director at the time, acknowledged that Pence voted against the bill multiple times, saying that he could not support the measure because it had been “larded up with liberal wish-list items.”

Pence was the only House Republican representing Indiana who voted against overriding Trump’s veto.

“Only in Washington will you find a bill as straight forward as the NDAA eventually larded up with liberal wish-list items that made it impossible for Congressman Pence to support final passage based on principle,” Lothian said in a statement. 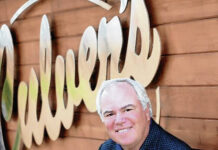