The Eagles, who finished 6-0 in conference play and are 11-5 overall, were paced by Collin Hoskins, who scored 20 points, and Matt Adams, who added 19 points.

Austin Ranard tried to keep the Mustangs (4-2, 10-8) in the game with his long-range shooting as he hit five 3-pointers on his way to 20 points. It wasn’t enough.

The Crusaders, 17-5, jumped out to a 86-82 lead early in overtime and then packed in their zone defense, holding Indianapolis Lighthouse to two points in the extra period.

“That was the team we beat in the regional championship last year and it was the first time we played them this year,” said Columbus Christian coach Kevin Roth. “I thought our two high scorers, Nick Bridgewater (25 points) and Chris Noblitt (23 points) both showed great senior leadership. They fed off each other.”

Columbus Christian hosts Dugger Union today beginning with the girls varsity game at 5:30 p.m. and the boys game to follow. The games will benefit the family of injured Columbus North basketball player Josh Speidel. The Crusaders purchased #JoshStrong tee-shirts and the school will take up a collection at the gate with 100 percent of the funds going toward the cause.

INDIANAPOLIS — Using tremendous defensive pressure, the Columbus Christian girls basketball team held host Indianapolis Lighthouse to 15 points through the first three quarters and coasted to a 50-30 victory on Friday night to raise their record to 22-3.

Macy Wingham paced the Crusaders with 21 points while Tori Robinson had 14.

But defense was the name of the game. Columbus Christian led 18-10 after the first quarter, then held Indianapolis Lighthouse (5-7) to a combined five points over the next 16 minutes.

“It was their homecoming and the crowd was making a lot of noise,” Columbus Christian coach Ron Bridgewater said. “We started out slow, but I thought we did a nice job overcoming the atmosphere. Our defensive pressure was really good. They just couldn’t handle it.”

The Crusaders were without starting senior guard Kayleigh Reed, who had some minor surgery. “Jena Fryback started and gave us some big minutes,” Bridgewater said. “She had four assists.”

Rachel Warren had eight points and nine rebounds for Columbus Christian, which also picked up eight rebounds from Robinson. Julie Decker had six rebounds for the Crusaders.

EDINBURGH — Edinburgh raised its record to 4-18 with a 39-33 victory over Lutheran.

Allie Schooler led the Lancers with 12 points while Kayli Littiken with nine and Megan Rooks had seven. Edinburgh outrebounded Lutheran 35-24. 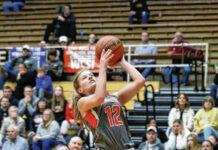 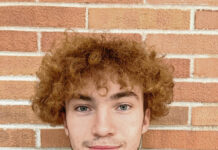 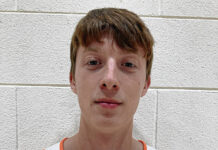