A group guiding a revamp of Columbus’ State Street corridor has come up with a list of initial projects it wants the city to pursue.

The team is helping guide the progress of several projects that the Lakota Group, a Chicago-based design and planning group that spent a year studying State Street, recommended as part of a comprehensive revitalization of the State Street corridor.

The project was vetted through public input sessions and adopted by city officials.

The 18-member group voted on its recommendation last week and intends to take it to the redevelopment commission’s next meeting, Feb. 16.

City Council member Dascal Bunch, who represents the eastern part of Columbus and also serves on the implementation team, said the wish list isn’t the end point for the project, or even for this portion of it.

“Nothing’s etched in stone,” he said. “But this is a good starting point.”

The group also includes eastern Columbus residents and business owners, an Indiana Department of Transportation highway engineer, representatives from Cummins Inc. and Dorel Juvenile Group and city consultant Doug Pacheco. It will continue to advise the redevelopment commission and other groups that will fund parts of the entire revitalization project.

Because the project to revamp State Street, also known as State Road 46, likely would affect the city’s Central Tax-Increment Financing district, the redevelopment commission can use money generated in that district to pay for parts of the revitalization effort that are adjacent to the TIF district.

TIF funds won’t cover the whole project, or even this first phase, but city funds in the Central TIF can go a long way to help, Bunch said.

Redevelopment commission member Russ Poling said the list of projects looked comprehensive and is “something we easily can turn into a resolution” for an upcoming commission meeting, likely in March at the earliest.

The engineering firm the commission accepts will have some creative license within the team’s guidelines, team members said.

But that will have one caveat. The engineering firm will have to design everything with approval from the Indiana Department of Transportation, Pacheco said.

The state agency is planning to resurface State Road 46 from Mapleton Street west along Second and Third streets to the bridge over the East Fork White River. That project is to start in April and end by November.

INDOT’s plans and approval take precedence over everything the team has planned, Pacheco said.

Even traffic lights, while paid for by the city, also would have to have INDOT approval, Bunch said.

The State Street Implementation Team will recommend the following projects as part of an initial design package and revamp: 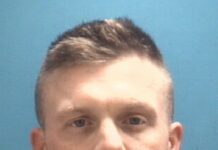 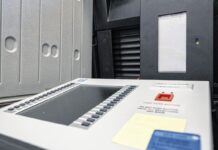 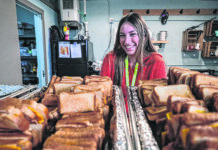