Police acting on a report of a stolen vehicle traveling south on Interstate 65 from Edinburgh arrested two women in a vehicle that was equipped with a tracking device.

Indiana State Police learned at about 9:09 a.m. Friday that a white 2003 Toyota Solara was southbound on I-65. The car was reported as stolen to the Indianapolis Metropolitan Police Department and its location was being tracked by use of GPS device, according to a State Police media report.

Master Trooper Tommy Walker observed the car exit I-65 at the 55-mile marker and go south on State Road 11. With the assistance of two Bartholomew County Sheriff’s deputies, the car was stopped and both occupants were arrested and taken to Jackson County Jail, the report stated.

The driver, Katheryne C. Woolard, 26, of Anderson was charged with possession of stolen property, a Level 6 felony, and driving while suspended-prior, a Class A misdemeanor. Further investigation determined Woolard is the subject of two Madison County warrants, one for parole violation and the other for failure to return to incarceration, the report stated.

The passenger, Leanna L. Lane 48, of Indianapolis was charged with criminal trespassing, a Class A misdemeanor. Further investigation determined Lane is the subject of a Madison County warrant for fraud, a Level 6 Felony, the report stated. 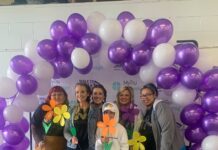 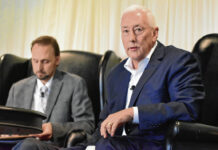 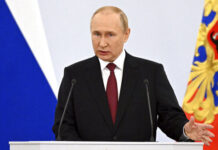