It was just about 20 years ago when a Bartholomew County nonprofit agency arranged for a handful of curious young kids to check out a few emergency vehicles and a train.

The agency was Family School Partners, which encourages parents of young children to become their child’s first and most important teacher.

“Originally, it was planned because so many of our families don’t have the opportunity to get out and be a part of community events,” said Family School Partners representative Karen Moore. “But it got bigger and bigger every year.”

In fact, Wednesday’s Touch A Truck at Clifty Park attracted about 1,000 preschool children and kindergartners to interact with nearly 40 vehicles provided by 25 organizations and businesses, Moore said.

Joining longtime sponsors such as Cummins Inc. and Duke Energy this year were vehicles supplied by Eldon’s Body Shop, as well as the Book Express provided by the Bartholomew Consolidated School Corp.

For little folks with big imaginations, it was quite an experience.

At Touch A Truck, a flatbed rollback truck used by wreckers transforms into an amusement park ride — a municipal bucket truck bestows superhero flying powers and a firetruck hose becomes the world’s most powerful squirt gun.

Adults including agency director Stacy Findley, who understands how a child’s mind can transform big boxes into castles or broomsticks into light sabers, appreciated the magic that was evident Wednesday in many young eyes.

“It’s an experience of all the senses,” Findley said. “And actually being able to get on top of or inside these vehicles? It’s very exciting to them.”

Harmyn Murphy recalled how much fun he had last year when he first went down a slide attached to a large farm combine.

Now 5 years old, the kindergarten student at CSA Fodrea campus seemed most eager about his upcoming ride on Tilly, the popular 14-year-old miniature firetruck maintained by the Columbus Fire Department.

But his favorite vehicles at Touch a Truck are buses, Harmyn emphasized.

“I like the big firetrucks best because they bring the fire down,” said 4-year-old Chelsea Benefiel, who is in a preschool class at Rockcreek Elementary School.

For youngsters, Touch A Truck also has a “forbidden fruit” appeal, since there’s likely no other time the children would be allowed near vehicles like the M-1200 Armored Knight, a precision targeting military vehicle that was used extensively in the Iraq War, Findley said.

Next to the M-1200 was a bulldozer, where kids were invited to sit on the lap of an operator as he moved the huge blade up and down.

“They also get to scream, yell and run around, which is something we don’t normally allow them to do in the classroom,” said Fodrea kindergarten teacher Charity Nordyke.

After nine consecutive years of bringing her classes to the event, Nordyke has made Touch A Truck the highlight of a monthlong study of Columbus, which includes an entire week studying transportation and community helpers.

“It makes all the things we’ve talked about come to life,” she said.

However, the magic was more evident in some young eyes than in others.

When 4-year-old Adryana Bryant, who is enrolled in preschool at the Busy Bees Academy, was asked what she wanted to see after her bucket ride, her face beamed as she replied: “All of it!”

Yet, the same inquiry prompted only a shrug from 5-year-old Fodrea student Ava Scrogham.

Mission: To educate parents to be their child’s first and most important teacher, prepare the child for lifelong learning and provide a link between home and community.

History and funding: Family School Partners was created in 1988 by the Bartholomew Consolidated School Corp. from grant money and the general fund. However, allocations from the general fund ended in 2004. After spending the next four years being funded through local foundations, the organization is now a United Way certified agency. 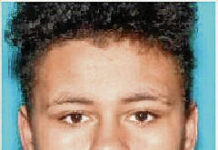 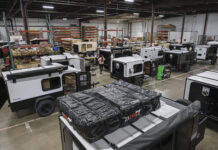