The Columbus Human Rights Commission has created an ad hoc study committee to determine how age, sexual orientation and gender identity could be added as protected classes in the city’s human rights ordinance.

More than 1,000 juniors and seniors from Columbus North, Columbus East and Columbus Signature Academy-New Tech high schools were expected to attend the prom that night at The Commons.

Election officials hoped that the debut of vote centers in Bartholomew County for the May 5 city primary election would go smoothly and make voting easier for residents.

About 1,200 high school students seemed to travel farther away than The Commons as the “Destination Prom” theme became a mix of the beauty of a garden and the flash of a “Passport to Paris.”

Four times as many Bartholomew County residents cast early ballots for the city primary election than in 2011.

Mayoral candidate Jim Leinhoop described his Republican Party primary victory against incumbent Mayor Kristen Brown as an enormous accomplishment from the voters and a strong signal of their readiness for a change in leadership at City Hall.

Mayor Kristen Brown already trailed by a margin that would seal her primary election defeat before the first voter made it to the polls at 6 a.m. Tuesday. Early voting put her at a 1,000-vote disadvantage before Tuesday’s voting began.

About 60 local utility customers unloaded some frustration on Vectren North President Mike Roeder in a meeting at City Hall. They were among an estimated 7,000 Vectren customers in the area who received natural gas bills that were up to hundreds of dollars more than they expected in a single month.

A Columbus man was accused of giving his daughter’s 13-year-old friend methamphetamine in exchange for performing a sex act.

Bartholomew Consolidated School Corp.’s English as a second language program expanded over the past decade to serve about 1,700 students who speak 54 different languages.

A brief but powerful storm tore through Bartholomew County, flipped over a semi, toppled trees and cut off power throughout the Columbus area.

Three of the city’s four primary vehicles used to pick up trash were destroyed in a fire outside the Columbus City Garage. The damage was estimated at $850,000.

Bartholomew Consolidated School Corp. said that every student in Grades 1 to 12 would have a computer loaned to them this fall for school use.

Cheers and applause broke out when former congressman Baron Hill told fellow Democrats at the annual Bartholomew County Jefferson-Jackson Dinner that he plans to run for the U.S. Senate in 2016.

The Cummins Irwin Conference Center and Office Building was one of 11 honored during the 2015 Modernism in America awards.

Bartholomew Consolidated School Corp. third-graders scored above the state average and increased their scores from last year by more than 1 percentage point on IREAD-3, the state-mandated reading and vocabulary test.

A long-awaited bus route to Columbus’ west side was set to begin service May 22.

Ivy Tech Community College announced a tuition freeze for next year, giving students who are continuously enrolled at any of its campuses, including Columbus, a break on tuition.

City officials said they were considering changing city ordinances to get tougher with residents whose yards are filled with junk.

A committee of local stakeholders shepherding the Custer Nugent Amphitheater redesign hit the pause button on the $5.8 million project.

About 35 people gathered to watch as a wreath solemnly was placed in East Fork White River from the pedestrian crossing of the Robert N. Stewart Bridge. The initial observance of Memorial Day in Columbus served as a tribute to American sailors, guardsmen and Marines who have been lost at sea.

Fewer than 1 percent of Bartholomew Consolidated School Corp. students had exemptions from being vaccinated for contagious diseases such as measles and mumps, but doctors said there was still the threat of an outbreak.

The city of Columbus reached a settlement with the estate of a deceased Columbus woman, agreeing to pay $24,500 for tearing down a house on Ninth Street without authorization.

Josh Speidel’s mother, Lisa, posted on social media that the family was bringing the Columbus North senior home — 117 days after he was critically injured in an auto accident near Taylorsville.

Colts Fan Fest was a festive sight on Washington Street as legions of Colts fans descended on the one-block corridor between Fourth and Fifth streets, where football fans wiggled into an armada of team buses, trailers and trucks — and others wearing blue and white gear. 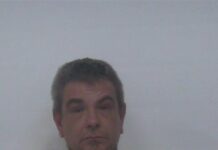 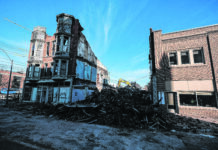