Columbus North may be playing a different style of baseball this spring than the past few years.

Gone are sluggers Collin Lollar, Canaan Baum and Brice McDaniel, who combined for 19 doubles, seven home runs, and 64 RBIs last season. In their place, the Bull Dogs will rely on pitching, defense and speed.

“It’s a different type or brand of baseball for us,” North coach Ben McDaniel said. “We lost some power in the lineup. We don’t have a bunch of thumpers like we have in the past, but we have a lot of senior leadership, and once we learn to play to our strengths, we’ll be a pretty good baseball team.”

At the forefront of that senior leadership has been Cooper Trinkle. The middle infielder committed before last season to play at Evansville.

Ben McDaniel said Trinkle, who earned All-State honors last year, has done a great job of leading the team through the offseason.

“We have our open facility workouts, and Cooper is always the first one there and the last one to leave,” Ben McDaniel said. “Cooper is always working. Even on his off days, he’s taking ground balls or working on his hitting. He’s kind of set a new standard in what we look for with the amount of work that you put in.”

Trinkle played second base his first two years and began last season there before sliding over to shortstop after Tyler Finke sustained an orbital fracture in a collision with Baum. Finke returned for the sectional, and now, the junior is back at short, and Trinkle is back at second.

Senior Wade Rankin returns at third base, and senior Korry Drum moves from left field to center and senior Nolan Wetherald is back at catcher. Senior Kevin Thompson, who sat out last year after transferring from Columbus East, or senior Logan Jones will be at first base. Sophomore Maddox, senior Jeremias Dela Cruz and freshman Grant Trinkle battling for the left and right field spots

Junior Jake Petrusky went 6-2 with a 2.19 ERA as the No. 2 pitcher behind Lollar, who is now at Ohio State. He is battling with the No. 1 spot in the rotation with sophomores Parker Maddox (2-4, 6.42 ERA) and Jacob Meyer.

“Pitching should be one of our strengths,” Ben McDaniel said. “I admire the work that they put in the offseason. They put in a team approach, knowing the better they are collectively, the better the team will be.”

The Bull Dogs will look to improve on a 17-7 season that ended with a loss to Bloomington South in the sectional semifinals.

“I want them to have fun this year, and I want them to go as far as they can,” Ben McDaniel said. “Our goal is not just to get to sectional. We want to advance beyond that.” 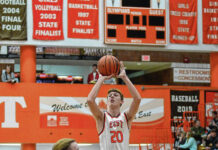 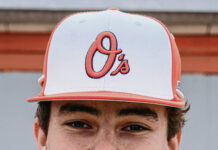 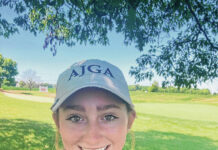