The Columbus-based Night Owl Country Band, fresh from an October performance at the prestigious Grand Ole Opry, will appear at 10 a.m. Thursday on WISH-TV’s Indy Style program on Channel 8.

The quartet will perform two songs and chat about their nearly sold-out Opry appearance as part of a Ralph Stanley tribute at the venue. After the show, the musicians met country stars Garth Brooks and Tricia Yearwood backstage.

Earlier this year, the group signed a record deal with Stanley Music Group. Its first single from that deal has been “Cool, Gentle Wind.” 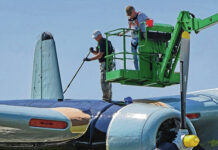