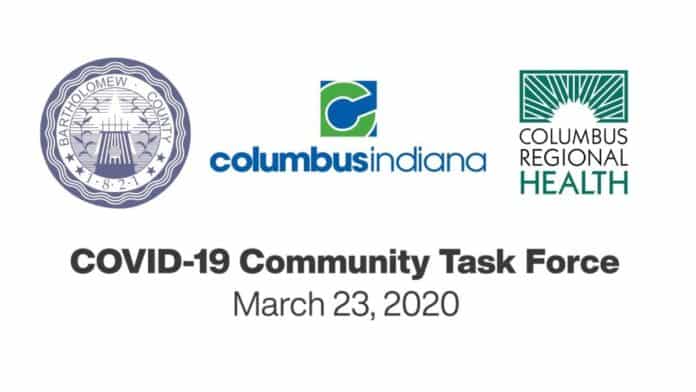 What makes a city great?

That was one of the main topics explored at a two-day seminar in Wabash I recently attended put on by the conservative think tank Indiana Policy Review. Many things add to a community’s quality of life, the attendees concluded, one of the principal being that government takes care of its proper business.

Government should, first and foremost, fulfill its primary mission of protecting people’s lives and property. It should maintain the infrastructure, nurture basic amenities and look out for those most in need. It should avoid exotic economic development strategies that risk enormous sums of taxpayer money. Added all together, these elements mean elected officials (I underlined this three times in my notes) should govern the residents who live there, not the ones they wish they had.

The seminar’s conclusion mirrored my own thinking, but I arrived at my definition subjectively, not through the dispassionate sifting of the kinds of data a think tank can mine. When I list the things I think make my city great, I come up with a list of memories.

It’s catching my first breathtaking glimpse of the skyline around a bend in the road at the age of 12 from my father’s car as he drove the family here from Eastern Kentucky in search of a better life.

It’s spending my first summer here walking up and down side streets and riding my bicycle through neighborhood alleys, ending up, more often than not, at a city park full of arts and crafts and baseball.

It’s earning $2 a week as an “assistant” to the carrier who delivered the evening newspaper, then blowing all the money on cherry Cokes and comic books at the corner drugstore.

It’s setting foot in Central High School and experiencing the multi-ethnic society the Kentucky hills had sheltered me from.

It’s graduating from that school, then first feeling sadness that the powers that were decided to close it, and second feeling relief that somebody found another use for the building instead of tearing it down.

It’s spending a year in Southeast Asia dreaming every night of the home I could return to and the loved ones who would welcome me.

It’s embarking on a career at that same newspaper I delivered as a 12-year-old and hiring as one of the editorial page’s first guest columnists the high school English teacher who had first encouraged me to write.

It’s burying both my parents here and knowing they chose this for their final resting place instead of the hills where their families have lived for generations.

It’s talking to my sister in Indianapolis who, approaching retirement age, has a sudden and powerful urge to come back here when she finishes her career.

This town is a great town to me because it is my town. It’s the place I grew up in, the place where I learned life lessons sometimes painful but always valuable, the first place I understood what it is to love deeply and fight passionately, where the child slowly became the man. It is the place I always miss, the base I always return to. “Hometown” is more than just a word.

My city happens to be Fort Wayne. But I could be a resident writing about Evansville or South Bend or Hammond. One of the pleasant surprises at The Indiana Policy Review seminar was meeting Ryan Cummins, a former councilman from Terre Haute, who talked about his city the way I would talk about Fort Wayne. In high school, he couldn’t wait to graduate and “get the (heck) out of town.” But during his stint in the Marines, he started feeling the tug of home and ended up going back to help his father run the family business. He knows Terre Haute has flaws and “a certain reputation” in the state that’s not always flattering. But it’s the place he belongs, the place he loves, a place he can improve simply by living a just and productive life.

There are tens of thousands of towns across this country that most people have never heard of but which have millions of people as invested in their communities as Ryan and I are in ours. They have a fierce loyalty based on memories.

They see a future where they are because they have a history there.

All any of us ask of our governments – especially our local governments – is one simple thing: Don’t screw up our cities too much. We don’t demand that our leaders never wander into areas beyond their competence; that would be asking the impossible. Officials believe they are elected by God do something, so they are always in search of mountains to move, whether or not the mountains even need moving, let alone whether or not they can be moved.

But they should take a breath from time to time and slow down, trusting in the wisdom of their citizens to live their own lives instead of waiting for instructions from expert planners and busybody functionaries. Government can make those personal quests easier or harder depending on how well they master the basics and how far afield they drift from them.

Here’s an easy metric they can use to determine if they’re getting it right – call it the infrastructure test:

Leo Morris is a columnist for The Indiana Policy Review and opinion editor of the Fort Wayne News-Sentinel. Contact him at [email protected].