The high school volleyball season has yet to start, but that hasn’t stopped Columbus North senior Maddy Sebahar from competing against some of the country’s best talent.

The Bull Dogs libero played right back and left back this summer for Circle City Volleyball, a club team based in Indianapolis. Circle City competed in the 17 Open division of the invitation-only USAV Girls Junior National Championship in Detroit and placed fifth out of 36 teams.

Prep volleyball had projected a 28th-place finish for Circle City heading into the tournament.

“That kind of made us mad when we came into it, Sebahar said. “We came in with a little more confidence than we usually had. We all did our part, and we meshed more together than we did all season. We definitely bonded together during the tournament, which helped us a lot.”

Circle City went 6-2 during pool play the first three days. The fourth day consisted of a single-elimination tournament with teams seeded based on their pool play records. Circle City lost it’s first elimination game to a team called Top Select to end with a 6-3 overall record.

Sebahar and her teammates had to qualify to be invited to the junior nationals. Circle City played in tournaments in Indianapolis, Kansas City and Minneapolis in hopes of earning a bid with a top-three finish.

The team placed fifth in Minneapolis, but still received a bid because two of the top three teams already had qualified in prior tournaments.

“It was nerve-wracking. It was the last qualifier,” Sebahar said. “It was a pretty big deal to go because it’s the best in the country, so we were really excited. So we prepared a lot harder the last two months after we qualified.”

Even though she wasn’t playing her usual in-season position of libero, Sebahar said her time playing with Circle City will help her in her final season at North because the competitiveness on the team made her a better player.

“Everybody on the team was good, so you had to do your part,” Sebahar said. “It’s going to help me be more of a leader on the team. I played against some of the best in the nation, so I’m ready for different teams.” 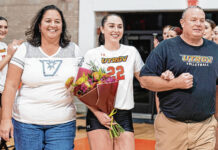 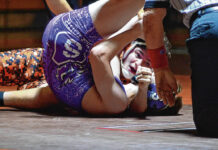 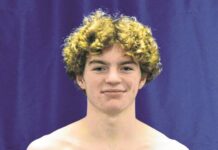