The comment that Columbus East athletics director Pete Huse said to both of the Jack Cramer Ideals of Athletic Competition Award winners Caitlin Greiner and Illya Schwartzman during Tuesday’s awards ceremony at the Donner Center could best explain why both high school coaches were recipients of this year’s award.

About 20 people joined the Columbus Parks and Recreation in honoring Schwartzman and Greiner on their accomplishment. Schwartzman has been head coach of the East girls soccer program since 2005, and Greiner is entering her seventh season as the Columbus North volleyball coach. They received a personal plaque to take home, as well as having their names put on a plaque kept in the Donner Center.

Both coaches echoed each other in stating that the time and effort they have put into coaching is more for the athletes they coach than anything else.

Two speakers for each honoree spoke about Greiner and Schwartzman before they received their award. Greiner’s former volleyball coach at East, Faith Wilder-Newland, and North athletics director Jeff Hester spoke in honor of Greiner.

Hester mentioned how he knew Greiner had what it took to lead the Bull Dog volleyball program immediately after he and and wife had dinner with Greiner seven years ago. Wilder-Newland reminisced on how she has seen Greiner grow from a seventh-grade volleyball player into a top East high school athlete and eventual North head coach.

Greiner was grateful to have her former coach in Wilder-Newland be one of the speakers on her behalf.

“She taught me everything I know about volleyball,” Greiner said. “As I got into coaching and got interested in thinking that was something I wanted to do, she was there offering advice.”

Tears also were shed during the ceremony. Greiner was moved to near tears as she thanked her parents for supporting and encouraging her throughout her athletic and coaching career. She also thanked her husband, former coaches, teammates, players and Hester for taking a chance on a young passionate coach by offering her the job.

Schwartzman’s daughter Maria Webb, whom he coached for 15 years, also was fighting back tears during her speech. Webb spoke about how she could see how important coaching soccer was to Schwartzman growing up. She also mentioned that his ability to be an awesome coach as well as an awesome dad is what influenced her to follow in his footsteps by getting into coaching.

“It has been wonderful to be able to share the love of the sport with her and for her to be able to speak at this ceremony and to be my representative,” Schwartzman said. “It’s an absolutely unbelievable feeling.”

Huse, who was Schwartzman’s other speaker, praised him for his character and demeanor when coaching his athletes. Schwartzman gave thanks to the school, the community and Parks and Rec for giving him the opportunity to coach as long as he has. He also thanked his family for sticking with him for all these years.

Nearly every speaker who spoke on both Greiner’s and Schwartzman’s behalf talked about how they appreciated the amount of dedication to the sport and athletes, despite their other obligations. Schwartzman’s other passion and career choice that requires much time is his medicine practice. He still finds time to do both, while Greiner juggles being a mom to her 3-year-old and 10-month-old children.

Schwartzmann and Greiner both said it’s worth it. Although they are honored to be a part of the Cramer legacy, earning awards is not the real reason why they are so dedicated to coaching.

“It’s an incredible honor, especially because of what this award represents,” Schwartzman said. “Truly ideals of athletic competition, the dedication and commitment, the fairness and passion — all of those things that we aspire to be as good coaches, and I aspired all my life to be as a coach. To be a recipient of this award is an incredible honor.” 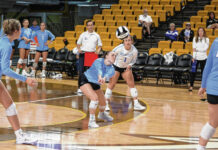 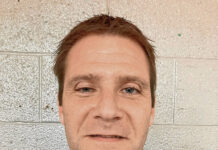 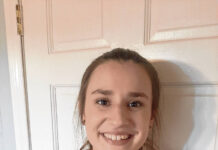