A wave of patriotism flows through Hope year-round, but it’s most apparent in this town of 2,198 during Memorial Day weekend. That’s when American Legion Post 229 has held ceremonies for more than 65 years to honor veterans who have died.

The 68-member post, which next month marks the 100th anniversary of its charter, conducts eight services each Memorial Day — in Hope, Hartsville and smaller rural areas nearby — during a morning of tributes.

It begins this Memorial Day on May 25 with an 8:30 a.m. start at Sharon Cemetery between Petersville and Hope. It’s the burial site of Jonathan Moore, a Revolutionary War guard for Gen. George Washington, who moved to Bartholomew County as Indiana was opening to settlement two centuries ago. The Memorial Day procession of ceremonies ends with an 11 a.m. service at the Hope Area Veterans Memorial in the Moravian Cemetery, the morning’s largest gathering, which this year will include remarks about the post’s first 100 years.

The service at the memorial, where names of 796 deceased service personnel are inscribed in granite, attracts about 200 people each year. That’s equal to the number of people who typically attend all three Memorial Day services combined in Columbus, a community that’s 20 times bigger, which cancelled its ceremonies this year due to the coronavirus outbreak.

In going forward, the Hope legion post will encourage social distancing — wearing of masks and six feet of separation between families to safely pay tribute at the veterans memorial, dedicated 20 years ago. With the west side of the memorial filled with names, eight more will be added later this year on the blank east side.

Including raising $22,000 to construct the memorial, Hope has long demonstrated its patriotism and support of local men and women who put their lives on the line to protect American freedoms.

Hope’s heroes include the Thayer brothers — Dick, Tom, Dave and Orrin, sons of Leonard and Sara Thayer — who served simultaneously in the Army or Navy during World War II; and Army P-51 Mustang fighter pilots Tom Hoover and John Cook, who also served during the 1940s.

With the current fight against a silent enemy, the pandemic, post leaders in Hope have seen a surge of patriotism.

“People come together in a time of crisis,” said Larry Wheeler, 73, of Edinburgh, a Navy Seebees veteran from the Vietnam War and current Post 229 commander.

Wheeler and A. C. Reeves, 77, of Columbus, the adjutant and finance officer, joined the post in 1968. They have each contributed 51 years of continual service to the 100-year-old post.

Americans returning home during the Vietnam War five decades ago didn’t get much of a welcome due to controversy over the war in Southeast Asia, but both men today frequently hear “thank you for your service” from people they don’t even know.

In retirement, hats or shirts that he and Reeves — an Army infantryman who also served with the military police in West Berlin during the Cold War — wear in public identify the Hope natives as military veterans, and people who come upon them are appreciative of that.

But as others recognize the contributions of these Vietnam era veterans, Reeves said it’s also important to recognize younger veterans – all of them volunteers.

Patriotism demonstrated by these post leaders runs in their bloodlines.

Reeves’ father, Alton C. Reeves, was among legion members who rose to the challenge of helping finance and build the Hope post hall, which opened in November 1957.

At the time, most of the 52 post members were WWI veterans and some were having difficulty navigating the steps to their second-floor meeting room on the Hope Town Square. But with only $350 in the treasury and dues generating just $4 a year from individual members, some were skeptical of getting the building project off the ground. But the post raised $1,600 to supplement donated labor and materials, and then borrowed $2,500 to finish the job.

Still operating with a modest income stream to pay for utilities and building upkeep, the post continues to benefit from the generosity of its members and contributions from supporters.

Carve out a few minutes from your Memorial Day schedule to attend one of the eight local services. Each will include a word from the commander, prayer by the chaplain, placing of a floral bouquet, firing of a 21-gun salute and playing of taps.

We owe at least that to our veterans, past and present. 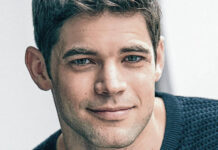