John Edward “Pappy” Frische, age 83, of Brownstown, passed away on Friday, February 12, 2021, at his residence surrounded by his loving family.

Mr. Frische was of the Methodist faith during his life-time and was a current member of Brownstown United Methodist Church.

John was a residential and light commercial building contractor. He became a carpenter at the age of 18 and started his construction career with Speck Mellencamp. He then worked for Goecker Construction until 1970, at which time John started his own business known as John Frische Building Contractor. He owned and operated his construction business for 27 years. John then worked at Home Depot as a pro contractor for 20 years. Mr. Frische was past president of the Sertoma and Tri-County Builders Association (Jackson-Jennings Building Association). John also found time to work alongside his wife, as owners of Tuff and Puffs.

Pappy loved spending time with his family and friends and especially enjoyed all family gatherings, which were served with food. John was an avid nature watcher. He also enjoyed fishing, bowling, putting puzzles together, doing woodworking projects, playing games, and traveling. He enjoyed his trips with his wife to all fifty states, particularly their trips to Hawaii, Alaska, and Australia. John was an avid I.U. basketball/football fan, as well as a Cincinnati Reds baseball fan. He loved attending their games and also watching their games on television.

Born on May 9, 1937, in Seymour, John was the son of Francis and Edna Kerkhof Frische, both of whom preceded him in death. On August 25, 1956, at White Creek Methodist Church, he married Wilma D. Browning and she survives in Brownstown.

Besides his parents, Mr. Frische was also preceded in death by a brother, James M. Frische.

Interment will be at Fairview Cemetery, Brownstown.

Memorials may be given to White Creek Methodist Church or Schneck Medical Center Hospice.

Online memorials and condolences may be given at www.spurgeonfh.com. 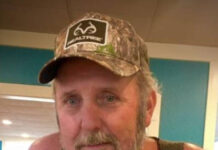 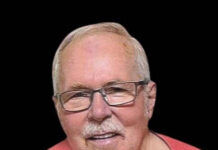 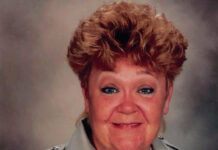