Ms. Ziegler is the daughter of Bill and Sheryl Ziegler of Columbus. She is a 2012 graduate of Columbus North High School, a graduate of Indiana University, and a 2018 graduate of Ivy Tech Community College. She is employed as a dental assistant with Dental Health Associates of Madison, Wisconsin.

Mr. Lax is the son of Mr. and Mrs. Tim Lax of Columbus. He is a 2012 graduate of Columbus North High School and a 2016 graduate of Indiana University. He is the head of digital lab and lead UX designer at QBE of Sun Prairie, Wisconsin.

The wedding will be Oct. 1 in Madison, Wisconsin. 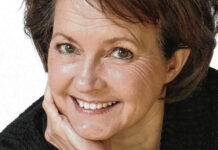