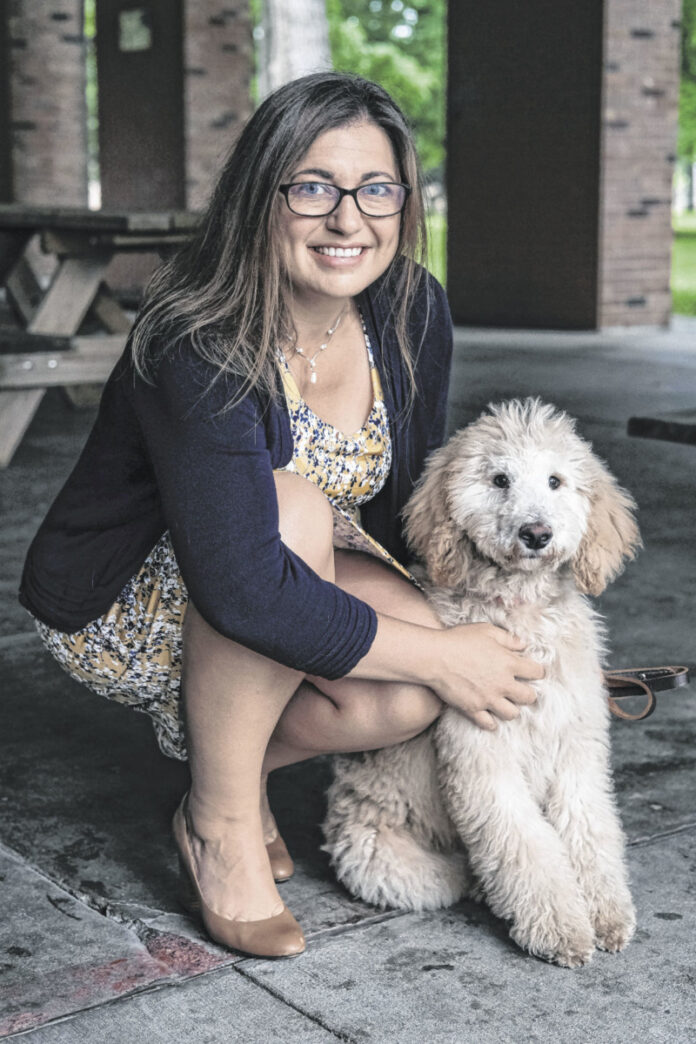 COLUMBUS, Ind. — What may seem scary and intimidating to some children as they enter the Bartholomew County Juvenile Courtroom is about to get more comfortable as they are greeted with a new addition, a therapy dog.

Judge Lindsey Holden-Kay, the juvenile magistrate in Bartholomew Circuit Court, has taken the initial steps to bring a therapy dog into her courtroom on the third floor of the Bartholomew County Courthouse.

Her family has already adopted Stella, a 5-month-old golden retriever and poodle mix, that can be specifically trained as a therapy dog, the judge said.

Stella, whose breed is often referred to as a Golden Doodle, was chosen specifically by the judge because of her temperament traits that make her a suitable prospect for a therapy dog, according to her professional trainer, Sean Pendleton.

“Studies have shown that interacting with a dog can lower stress levels, as well as put people at ease,” Pendleton said. “The idea behind a therapy dog is to get people going through a troubling experience to take their mind off of their worries.”

Although the Bartholomew County Commissioners have not yet approved allowing a therapy dog in the courthouse, their decision won’t be needed for several months. Only 5 months old, Stella cannot be certified as a therapy dog until she is 1-year-old, Juvenile Detention Alternatives Initiative (JDAI) coordinator Bobbie Shake said.

“So it will be close to the first of the year before we can hope to get her certified,” Shake said.