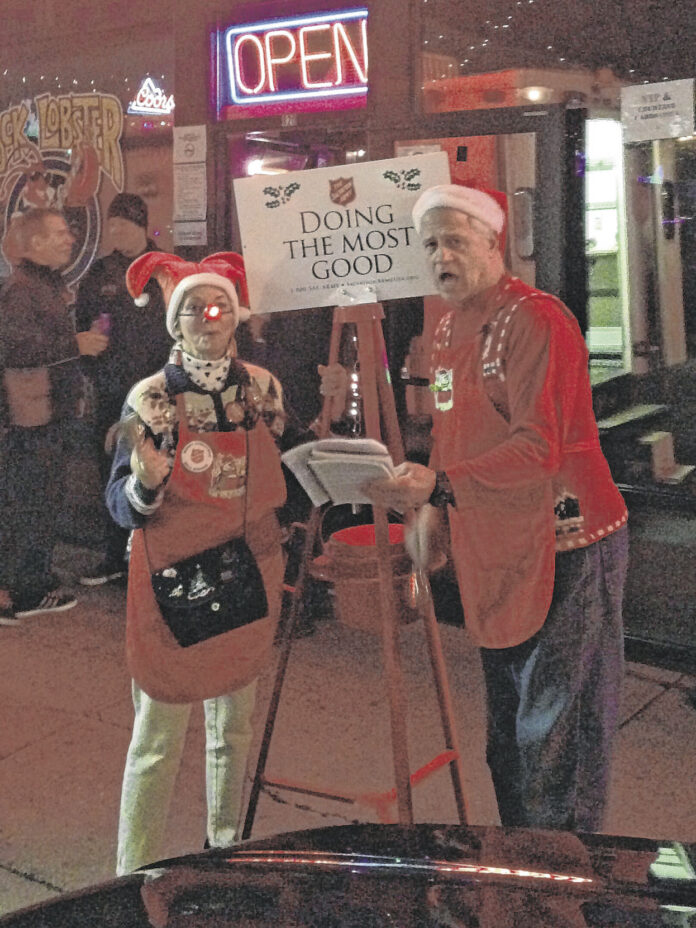 Yes, Capt. Amy Tompkins of the Columbus Salvation Army office gets it.

The so-called Great Pumpkin has had no time to even rise from the pumpkin patch yet, and here Tompkins’ Christian church and social service outreach already is talking essentially about their bells of Christmas.

All because the agency’s ability to help others all the rest of next calendar year depends upon an early start for its classic, annual fundraiser.

The Salvation Army annual Red Kettle Campaign kicks off Nov. 5 locally at Rural King, 2985 N. National Road in Columbus — with a goal of raising $135,000 by January. And that effort desperately needs ringers to volunteer even this early like Santa needs elves.

“I always tell others that it’s a real pleasure to ring,” Wasson said. “A lot of the people who have passed by my kettle often have mentioned that they have needed the help of the Salvation Army at one time or another in the past.

“And, in the process of that, you hear so many positive things that the Salvation Army has done.”

That includes summer camps for youngsters. Youth activities for teens and others. Free meals for the struggling. A food pantry and utilities assistance to help residents make ends meet.

And more, too. Salvation Army board member Steve Fisher has said for several years that the nonprofit is “one of the community’s best-kept secrets,” as he puts it.

The social service agency’s annual budget, except for salaries and some other upfront expenses, comes out of the kettle campaign, according to leaders. Last year’s fundraising finished shy of the $135,000 goal, meaning that some youth programs this calendar year had to be trimmed slightly.

“But it eventually balanced out, because there was a period during which some of those activities were shut down (because of the pandemic),” Tompkins said.

All this explains why Tompkins is doing her best to interest various groups in challenging others to friendly fundraising contests. Maybe police vs. firefighters. Or one church group against another.

By the time the campaign gets into full swing Nov. 26, the earliest date that some larger stores allow the kettles out front, there will be about 15 locations locally, according to Tompkins. Yet, in the past few years in Columbus and elsewhere throughout Indiana and other states, Salvation Army locales have struggled mightily to find enough volunteers — even paid volunteers to fill time slots.

That makes Wasson a little sad — especially because when he rings, passersby remember him from other years of volunteering. So they buy him trademark coffee, and bring him restaurant food to thank him for his generosity as he stands and rings to a background of Christmas music that he brings with him.

So he chuckled when someone asked if Nov. 5 is a bit early for him to be ringing in the season.

“Oh no, no, no,” he responded quickly. “As a born-again believer, I can get in the spirit anytime.”