Eight area girls and three area boys have been selected to the Indiana Association of Track and Cross Country Coaches Academic All-State team.

Jennings County junior Owen Law was named to the All-District team in singles.

North senior Jenna Lang made the team for the fourth consecutive year, while senior Nitya Chenanda is on it for the third straight year and junior Mallory Gilley made it for the second year in a row. East junior Norah Dwenger also made the first team, while North senior Emily Ellis and East senior Gabi Schuetz are second-team selections.

East senior Chris Quisenberry in on the boys first team for the third year in a row, while North junior Anthony Johnson made it for the first time. East senior Korbin Hatcher and North sophomore Aidan Whitley made the second team.

Columbus East senior Noah Lykins is holding a Par 3 golf scramble as his senior project to benefit the Lily Streeval Academic Fund. Streeval was killed by a hit-and-run driver as she was attempting to board a school bus on Aug. 30.

The scramble will be at 1 p.m. Saturday at Par 3 Golf Course. Cost is $25 per player, and freewill donations also will be accepted.

Participants will take part in competitions such as Home Run Derby, Exit Velocity Challenges, and Hard-Hit Ball Percentage, and leaderboards will be posted to social media each week. Every participant will receive instruction and drills from the East coaching staff and will have access to their own Rapsodo Hitting Report with metrics and overlayed video.

Columbus North’s K.J. Ely is hosting a 3-on-3 soccer tournament at 3 p.m. Oct. 30 at Richard Wigh Soccer Complex to raise money for Beloved Bags for her senior project.

The tournament is for high school players only. Teams can have three to five players, and the cost is $10 per player.

South Decatur’s boys and girls basketball teams are holding a Kickoff Bash at 1 p.m. Oct. 30 at the school.

Admission is one food item. Concessions will be available. 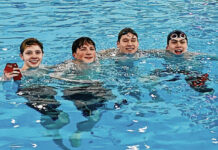 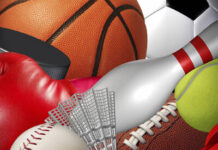