A local man and heavy metal musician who pleaded guilty to unlawfully entering the U.S. Capitol to obstruct Congress’ certification of the U.S. presidential election results is continuing to cooperate with authorities while on pre-trial release, court records show.

Jon Schaffer, 53, Edinburgh, remains on pre-trial release under the supervision of the District of Columbia Pre-Trial Services Department, according to a joint status update filed Friday in federal court in Washington, D.C.

In April, Schaffer admitted to breaching the U.S. Capitol on Jan. 6, wearing a tactical vest and armed with bear repellent and pleaded guilty to obstruction of an official proceeding and entering and remaining in a restricted building or grounds with a deadly or dangerous weapon.

“He has remained compliant with pre-trial release conditions,” the status update states. “He has remained cooperative with law enforcement since his release. Multiple defendants charged in the case in which the defendant is cooperating have been presented before the court; several are in the process of exploring case resolutions and a trial date has yet to be set.”

Schaffer, who is best known as a member of the heavy metal band Iced Earth, previously agreed to cooperate with investigators in hopes of getting a lighter sentence.

A statement of fact in the case alleges that Schaffer used a type of bear repellent against Capitol police on Jan. 6. Photos and video from the insurrection show Schaffer inside the Capitol building wearing a blue hooded sweatshirt under a tactical vest with a baseball cap that reads “Oath Keepers Lifetime Member.”

The FBI has labeled the Oath Keepers as a far-right militia group that “as a group urged President Trump to declare Martial Law in order to prevent the Congress from certifying the Electoral College Results.” 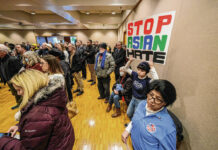 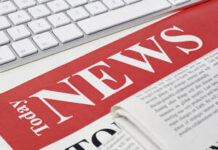 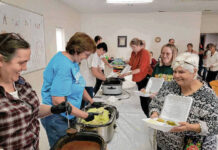