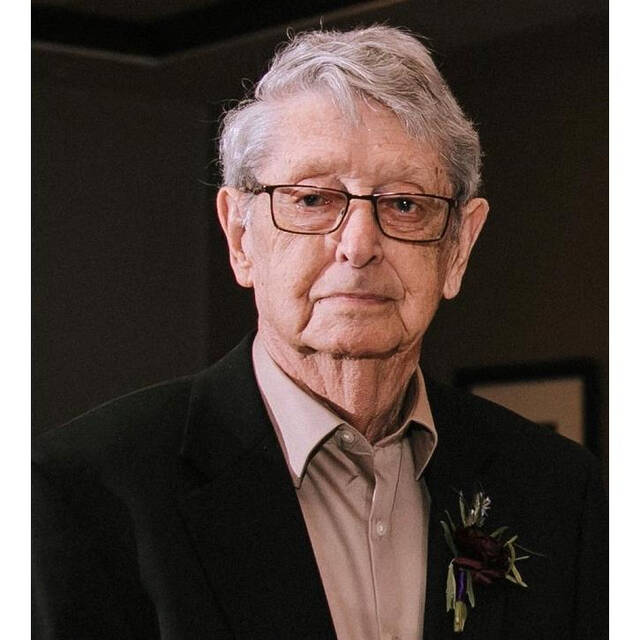 He attended Owensboro Technical High School. After graduation, he joined the U.S. Air Force, where he served during the Korean Conflict. Guy was stationed at Atterbury Air Force Base, now named Bakalar. He was a flight engineer on a C47 and held the rank of Tech Sergeant. While stationed in Columbus, he met the love of his life, Etta Faye Fiesbeck. They were married at Petersville Methodist Church on March 26, 1955. They celebrated 66 years of marriage this year and she survives.

After discharge from the United States Air Force, Guy worked for Civil Service as an inspector for defense contractor supplies. He devoted 27 years of his life to military service. Guy was also a good ball player and played basketball for the Bakalar Blues. After retiring from the government, Guy worked 13 years at Arvin Industries and also as a crossing guard for Bartholomew Consolidated School Corp.

Guy was a member of East Columbus Christian Church, where he was a deacon and on the School Board. He and Etta Faye were also youth sponsors. He enjoyed spending time with his family and the many vacations they took together. He loved watching the Kentucky Wildcats basketball team and Cincinnati Reds baseball team. Guy never met a stranger and was kind to everyone, often the life of the party. While in the military, he would often hitch hike back home to Kentucky because he did not have a vehicle. After that, Guy said he would always help anyone in need.

A private service will be held for Guy on Friday, November 26, 2021 at Jewell-Rittman Family Funeral Home with Mike Gillespie and Ron Bridgewater officiating. Burial will be held at Flat Rock Baptist Cemetery with military honors provided by the Bartholomew County Veterans Honor Guard.

In lieu of flowers, memorial gifts may be given in memory of Guy to Columbus Christian School Building Fund or Our Hospice of South-Central Indiana.