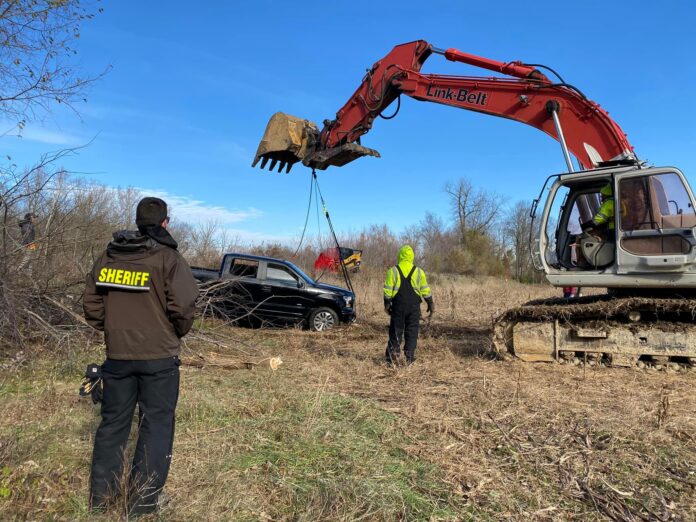 COLUMBUS, Ind. — Bartholomew County Sheriff deputies have recovered a Ford F-150 from the East Fork White River as the search continues for a missing 2-year-old girl who might have been in the truck when it went in the river.

Sheriff Matt Myers said investigators are seeking a search warrant for the truck, but a cursory glance inside did not reveal any new information about whether 2-year-old Emma Sweet was in the truck when it went into the river.

Deputies and representatives from a wide variety of emergency response agencies searched for 2-year-old Emma Sweet all day Friday, who has been missing since Wednesday and was last seen in the truck with her father Jeremy Sweet, 39, of 1415 N. County Road 850E. 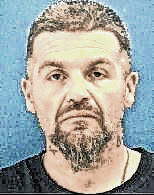 Sweet was found shirtless in the truck at 6 a.m. Friday by duck hunters hunting along the river, deputies said. The truck was submerged in 3- to 5-feet of water. Evidence indicates Sweet drove straight off a 15- to 20-foot embankment far west of Beatty Lane into the river. An unstrapped child’s safety seat was found inside the truck, which had all its windows open when investigators arrived.

Jeremy Sweet is in the ICU at Columbus Regional Hospital, deputies said.

In his original statement to investigators, Jeremy Sweet said he dropped his daughter at “Casey’s,” although investigators don’t know if he meant the convenience store in Columbus (there is one nearby at State Street and Gladstone Avenue) or if he was referring to a person.

He then told investigators that he had placed Emma on the hood of the truck because she was wet, took her coat off, and then she was swept away from the river current, deputies said.

About 25 area firefighters are combing the riverbanks and nearby fields on foot, and Indiana State Police and Indiana Department of Natural Resources divers are in the water searching the river in the area where the truck was found and about 100 feet surrounding it.

Investigators do not have an update on the condition of Jeremy Sweet, saying only he is still in the hospital at this time.

“Obviously we really want to talk to him, but with his condition, it’s difficult,” Myers said.

Sweet family members are at the scene as the search continues for Emma, Myers said.

An alert that the girl is still missing continues with authorities releasing a description o the girl as 2 years old, 2 feet, 6 inches tall, weighing 23 pounds, brown hair, brown eyes. She was last seen wearing all black with a cream colored jacket with butterflies on the jacket. 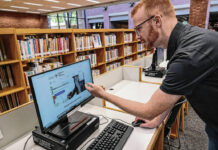