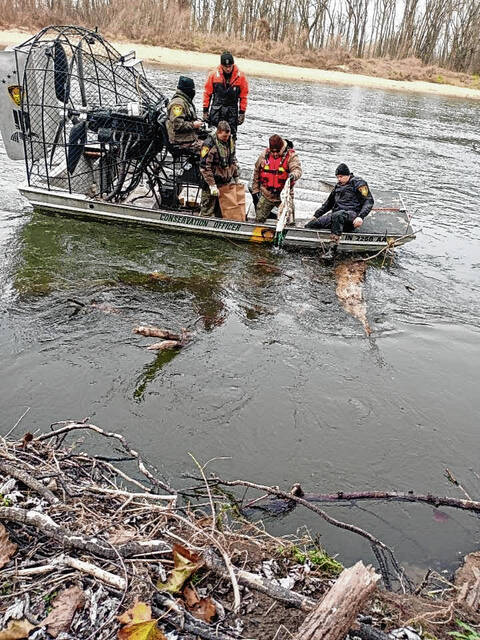 One week ago, emergency responders pulled the body of 2-year-old Emma Sweet from the frigid water of East Fork White River, bringing closure to her family and to a community that had hoped and prayed for a different outcome.

We don’t yet know much about what happened before the early morning of Friday, Nov. 26, when duck hunters found Emma’s father, Jeremy Sweet, shirtless and semiconscious in his pickup truck submerged in a remote stretch of the river.

What we do know is this is a perplexing and deeply troubling tragedy whose details will reveal themselves over time. We trust that as more facts become known, they will light the path to justice for Emma and her family.

We also know this: the emergency responders and community members who turned out to search displayed remarkable resolve under conditions that were physically grueling and emotionally distressing.

“We got her home,” Emma’s uncle, Bryan O’Neal said through tears, showing appreciation for the agencies that worked together from sunup to sundown until the child’s body was found around noon last Sunday. Emma’s body was recovered some 2½ miles downstream from the spot where her father’s truck had entered the river.

Few of us are cut out for such search-and-recovery tasks, but thank goodness there are those among us who are so selfless, persistent and dedicated to serve.

On the ground near the riverbank, searchers slowly combed acre after mucky acre of thickets and dense woods. Multiple cars got stuck in the boggy area and had to be winched out. Responders also searched from the sky for clues.

Water rescuers and divers navigated a cold, tricky, debris-strewn river known to run deceptively fast, whose bed may be 3 or 4 feet deep before plunging to a dozen or so in a short distance.

It was in these conditions that responders searched Friday, at first not even knowing for sure if Emma had even been there because her father had provided differing statements to authorities.

On Saturday, when a group of citizen volunteers found Emma’s white coat and called first responders, the faint hopes for a rescue flickered away. Divers a day later pulled her body from the river at Southern Crossing near Walesboro.

It was a terrible outcome, but it was an outcome — one that permits the family and loved ones to grieve and to have some measure of closure. Emma may rest in peace. It also was an outcome that allows justice to be served in due course.

The efforts of our first responders in this case serve as a reminder of the sacrifices they are prepared to make for us every day. We should be thankful we can call on them in times of need.